After ‘Kita Kita’, Empoy stars in new film, ‘The Barker’ 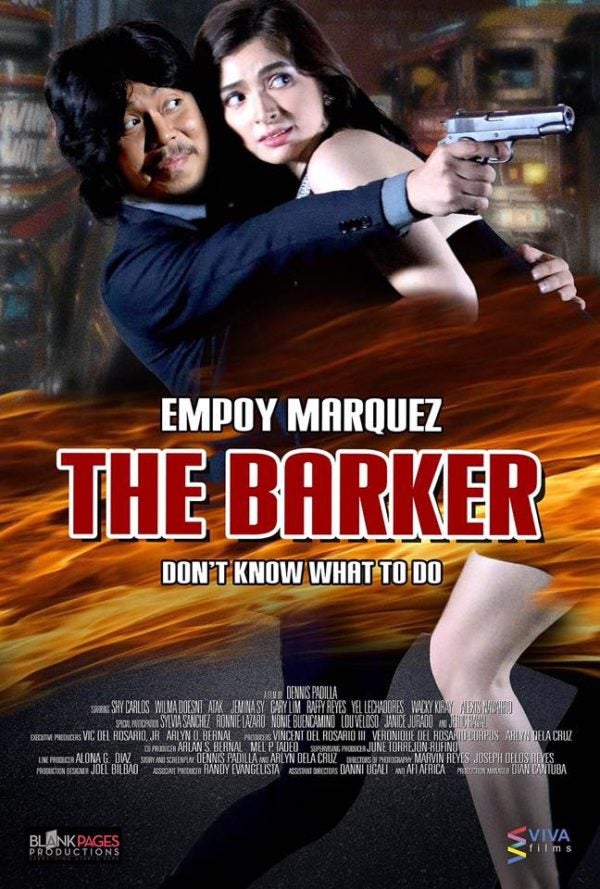 Following the colossal success of his sleeper hit “Kita Kita”, comedian Empoy Marquez sets in for another lead role in a movie, through the upcoming comedy film “The Barker (Don’t Know What To Do)” with young actress Shy Carlos.

Produced by Viva Films and Blank Pages Productions, the trailer for the movie was released last Sept. 12 via Facebook.

Directed by seasoned comedian Dennis Padilla, no further details have been released about the movie, as of this writing. However, taking from the trailer, the plot appears to depict Empoy falling in love at first sight with Carlos’ character.

According to reports, a release date has been set on October 4.

From being a plain comedian, Empoy has achieved leading man status, thanks to “Kita Kita” which is now regarded as the highest-grossing Filipino indie film of all time.

The on-screen success of the film warranted Empoy and his leading lady Alessandra de Rossi a teleserye, which they will star in with “Kita Kita” producer Piolo Pascual. It will be produced by ABS-CBN’s television production unit, Dreamscape Entertainment. JB