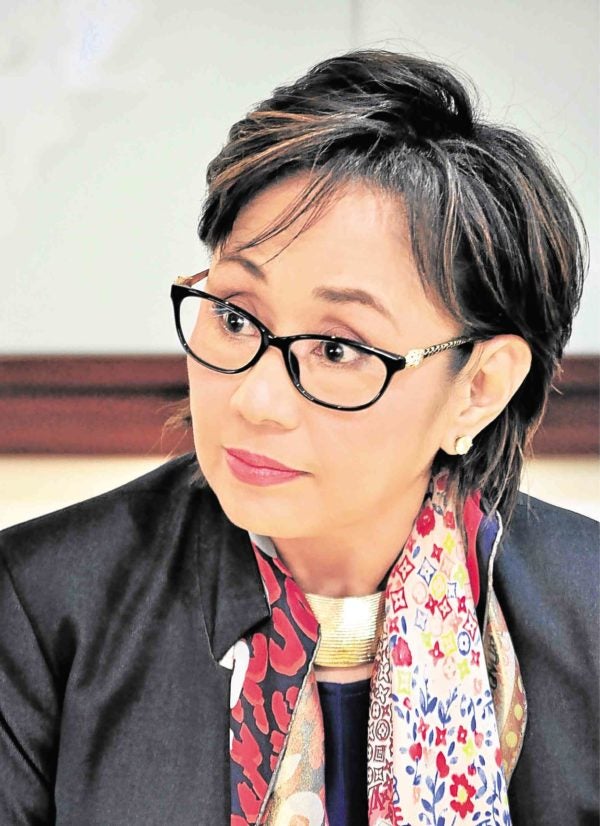 Santos: Even movie queens get sick. Photo by Tcel Maramag

It’s never easy to be Vilma Santos—people speculate about your every move, both as an actress and congresswoman. Last Tuesday, when at least 119 lawmakers from the House of Representatives voted to give the Commission on Human Rights (CHR) a meager P1,000 budget for 2018, instead of the proposed P649 million, cyberspace went crazy when the initial list of 32 lawmakers who voted against it didn’t include the actress’ name.

There were even tweets “confirming” her support for the controversial budget cut. Doesn’t the Star for All Seasons care about human rights, netizens asked?

As it turned out, the aforementioned tweet was just another fake news.

Then came Luis Manzano’s tweet, which belied the initial “allegation” that the movie queen was quoted saying that she was “proud of her decision.” That fateful day, Ate Vi was, in fact, feeling “a little under the weather” and was not able to attend the session. Yes, even movie queens get sick.

To be sure, we also sought the actress’ side—and this was what she texted us on Wednesday: “I’m against cutting the budget of the CHR. The commission has a duty to perform its constitutional mandate. With so many crimes and extrajudicial killings (EJKs), it needs more resources for these investigations. It’s an agency that helps uphold human rights. I couldn’t attend yesterday’s session because my ulcer acted up, and I was under medication. But, I’ll return to work today.” Loud and clear, Ate Vi.—RITO ASILO