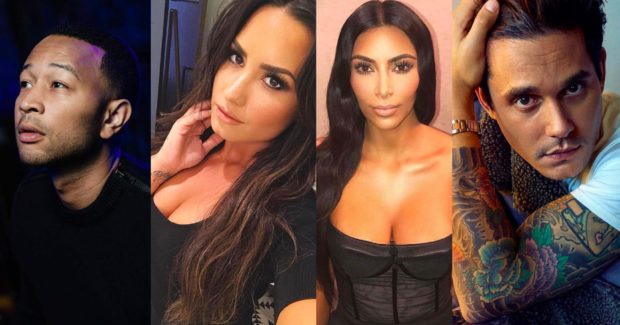 Hollywood celebrities have been vocal on the Trump administration’s repeal of the Deferred Action for Children Arrivals (DACA) program, which could see 800,000 undocumented immigrants deported from the United States.

The program enacted by the Obama administration allowed immigrants nicknamed as “Dreamers” who arrived on American shores as children to study and work without fear of being being deported.

Former president Barack Obama’s statement on the policy has received overwhelming support with one million likes on Facebook:

Singer John Legend talked about how those under DACA were more than “illegal aliens”:

Repealing DACA in order to MAGA is a load of CACA.

Comedian Cristela Alonzo got serious about how ending DACA was targeted towards minorities:

Melania worked in this country as an undocumented immigrant but her skin color makes hypocrites forgive that. #DACA

“Adult illegal aliens.” Just a disgusting display of prejudice, ignorance and heartlessness. But exactly what’s expected of these cowards. https://t.co/zfYrS7uizb

Reality star Kim Kardashian was straight and simple about where she stands:

I stand with the Dreamers…

Singer-songwriter John Mayer hopes no one would compare to Trump when he has kids:

I hope that by the time I have to explain Trump to my kids, they’ll never have a frame of reference to understand how bad he really was.

Dreamers- you have led your own movement from the start w/ courage, dignity & beauty. I feel privileged to follow & stand w/you #HereToStay

Broadway composer and actor Lin-Manuel Miranda called on Congress to make a new law after what “the Bad Man” did:

Okay. The Bad Man continues to do bad.
Your move, Congress.#DefendDREAMers #DREAMAct #LetsGo

Music icon Cher has offered her home to Dreamers:

Musicians who want to keep the DACA program made a united stand through a Spotify playlist:

On No Moment for Silence, artists speak to those heartbroken by the DACA announcement. Listen now: https://t.co/Aix3ZEeUON @fwd_us pic.twitter.com/ktw9ST69uA

The U.S. Congress has been given six months to file a legal alternative that would protect these immigrants. JB

End of DACA puts at risk up to 6,000 young Filipino recipients