Jake Zyrus’ mother lashes back at ‘lies’ in MMK episode 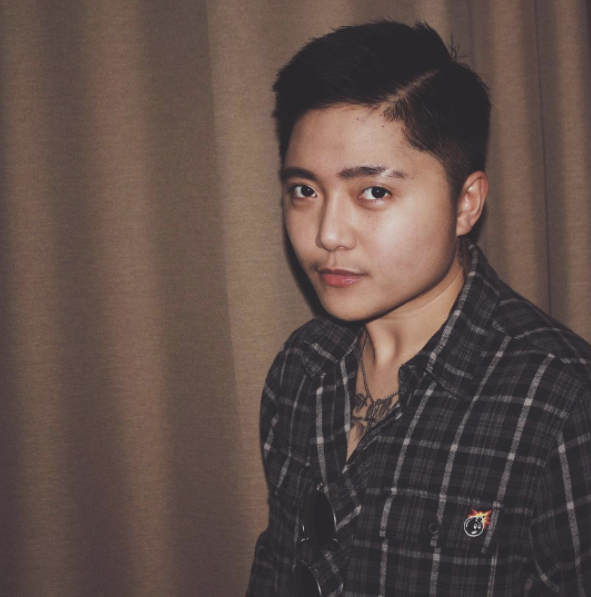 The episode depicted the emotional and physical abuse he experienced since childhood from his mother, Raquel Pempengco, portrayed by Dina Bonnevie.

Mutya Orquia and Sharlene San Pedro played Charice while Zyrus played himself transitioning as a man.

According to Jake, his mother had always been opposed to expressing himself as a man, even as she herself once admitted to being a lesbian.

Pempengco chose to tell her side on Facebook and through media interviews.

On Sunday morning, she shared a baby photo of Charice and her brother supposedly after their father left them with the following caption: 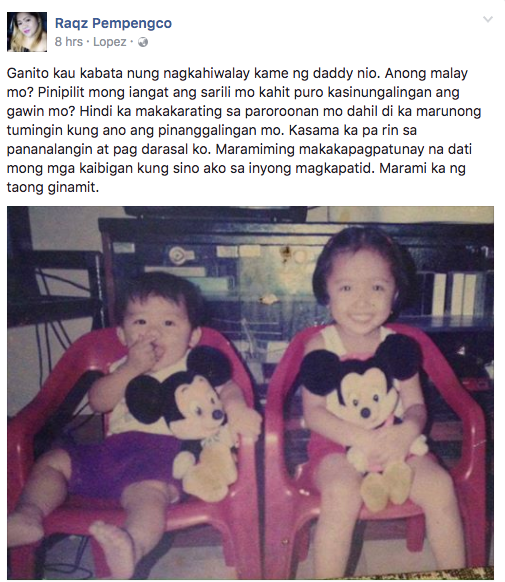 In another post, she wrote, “Sobra ang tinulo ng luha ko habang nanood ako muntik pa kong atakihin. How can i defend myself? Gusto kong magalit sumumpa pero di ko magawa kasi nangingibabaw pa rin ang pagmamahal ko sa inyong magkapatid. (I cried so much, I almost got a heart attack… I want to be angry, to curse, but I still love you and your brother.”

In an interview with ABS-CBN, Pempengco gave her side regarding certain scenes in the episode, such as when Zyrus was still Charice and providing financial support to her family.

She still referred to her child as Charice despite his identifying himself as a man and naming himself Jake Zyrus this year.

The episode showed Charice giving P500,000 a month to her family when she was in the United States, only to get hit with tax evasion charges and find bills left unpaid.

“Ang katotohanan ay 2010 pa pinabayaan na kami niyan ni Charice… Bakit ako ang sinisisi niya sa tax niya hindi naman ako ang manager niya at accountant niya (The truth is Charice left us on our own since 2010. Why is she blaming me for her taxes when I’m neither her manager nor her accountant?),” Pempengco told the network.

As Charice, her mother’s rejection of her sexuality—whether it was dressing as a boy or falling in love with a person of the same sex—and putting pressure on her in terms of her career, led Charice to multiple suicide attempts.

“Ilang beses siyang lumayas, ilang beses bumalik puro ako ang pinasasama niya palagi (She ran away and came back several times but she still puts me in a bad light.),” Pempengco related. She also claimed that the suicide attempts were because of a non-showbiz girlfriend.

“Isa lang mensahe ko sa kanya huwag na niyang dagdagan pa ang kasalanan niya (My only message for her is not to add to her sins anymore.),” Pempengco added.

She also claimed that Zyrus was desperate to revive his career: “Walang alam na trabaho si Charice kaya pinipilit niya na i-survive ang career niya. Lalo na ngayon at wala na siyang boses na ipagmamalaki (She doesn’t know anything other than singing which is why she’s trying to make her career survive, especially now that she has no more voice to boast of).” Niña V. Guno/JB