When he looks back at old videos of him—in dainty dresses and belting out power ballads—he does not see himself, but a different person.

But the 25-year-old singer, who announced his new name in social media last June 20, isn’t out to completely erase Charice from his life. According to Jake, he’s simply letting her go to give way for the person he has been all along.

Changing his name was just one of the early steps in his “journey” as a transman—in his journey toward becoming “complete.”

He had his breasts surgically removed in March, and has been taking testosterone shots since April. And the effects were quite apparent when we sat down with him recently for an interview: He now has a hint of mustache; his voice’s tone has gone deeper. And these excited him.

If there’s one song that would encapsulate what he’s feeling right now, it would be Rascal Flatts’ “I’m Moving On.”
“At last, I can see life has been patiently waiting for me,” Jake began to sing, his voice still as beautiful as ever. “And I know there are no guarantees, but I’m not alone.”

Jake’s interview with the Inquirer:

Did it feel like it was the right time to do this? I just went with the flow, as always. I had to wait, because I knew it wasn’t going to be easy. What I was sure of, though, was that I wanted to present the real me the next time I stepped onstage.

You first came out as a lesbian in 2013. I came out as a lesbian back then, because I was still worried about revealing who I really was—a transgender. People knew of being gay or lesbian, but not necessarily other gender identities. Now it seems like people are starting to recognize that the LGBTQ community is diverse.

What inspired you to come out as a transman? What pushed me was seeing other people having a hard time telling the world who they truly are. They’re the reason why I did this—aside from personal reasons, of course.

How did you come up with “Jake Zyrus?” I’ve always liked the name Jake. And I wanted to have two names, because why not? So I chose Zyrus.

Are you planning to make this name change official? It’s a screen name for now, but the fact that people are calling me by that name is a big deal for me as a transman. I hope to eventually change my name officially, but not anytime soon—that’s a complicated process. I’d choose a different name, if that time ever comes.

Some people made fun of your name. At times I feel it’s unfair. Ginusto ko ’to, so I don’t have the right to complain.

How do you deal with the negativity? I’m used to the issues. My life has been an open book. Much has been said about me, but I’m still here, standing—and I’m a very sensitive person. You can’t expect everyone to welcome you with open arms. 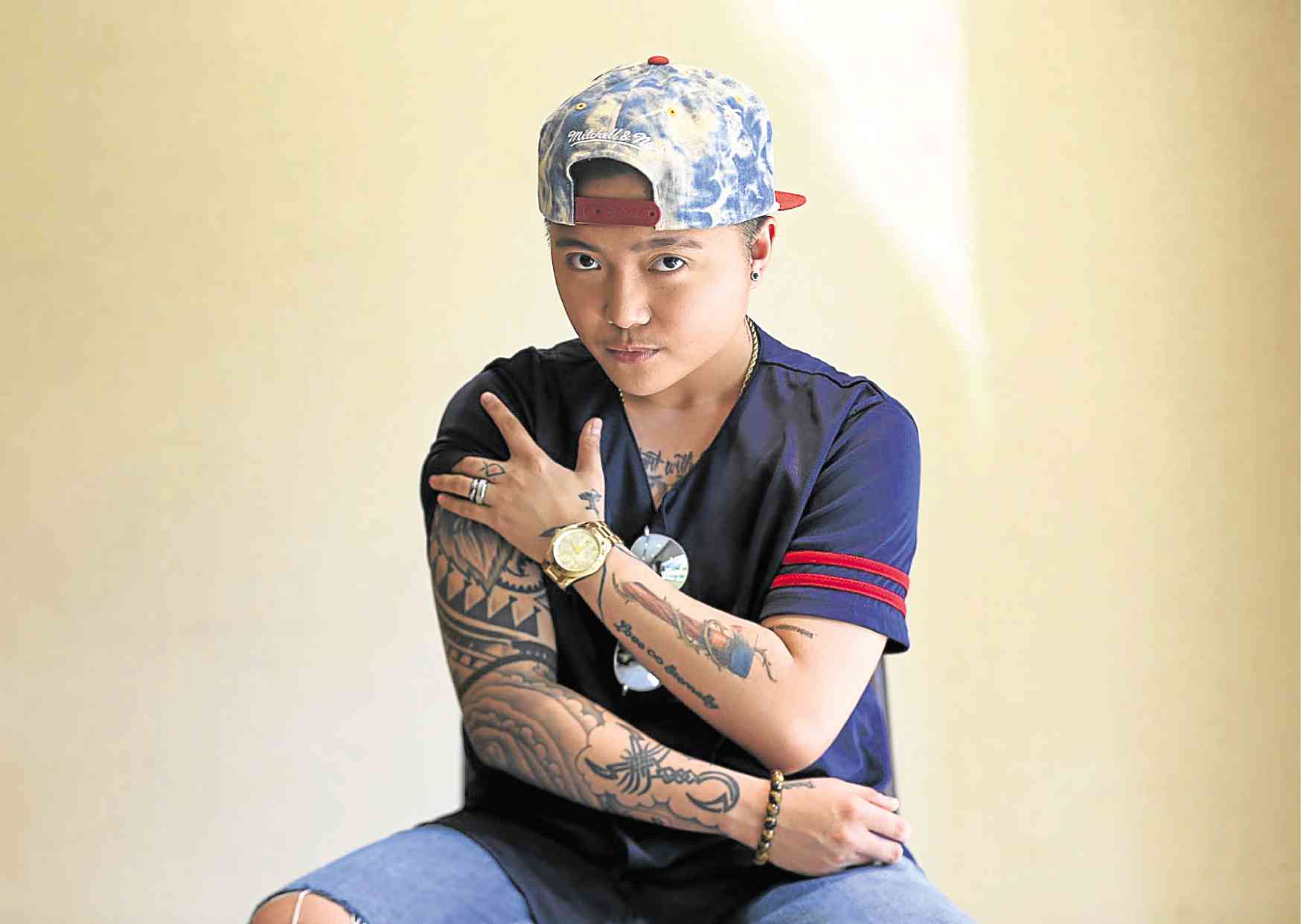 I had my breasts removed on March 29. I have also been taking testosterone shots. The first was on April 19 Jake Zyrus Singer—Photo by Lyn Rillon

Speaking of which, your grandmother didn’t take it very well. What I did wasn’t simple. So I expected that reaction; I understood.

The difference, I think, is that my life is public, everything becomes a big deal. But, we’re not much different from other families. We all go through challenges. I just hope we could resolve it privately.

How’s your relationship with your mother? I’m happy she accepts the whole thing.

How are you and Alyssa Quijano after your breakup? We don’t talk anymore, but our separation was amicable; the decision was mutual. We just realized that our relationship wasn’t working anymore.

Aside from your name, are there other changes? I had my breasts removed on March 29. I have also been taking testosterone shots. The first was on April 19; next month I will have another.

Was it a tough decision? Were you afraid of going under the knife? I wasn’t afraid
—I was excited. I knew what I wanted, so there were no buts and doubts. My mind was already made up.

Were you uncomfortable with the body you had. I’m a man. But I was insecure about my breasts, my body. I wanted to act like a man, to sit like a man.

And the tone of your voice has gotten deeper? It sounds a bit different, but it won’t negatively affect my voice.

The vocal abilities will remain intact. I hope so!

What do you think of Charice? I feel like she’s a different person. I don’t want to totally erase her from my life. When I watch my old videos, I just see her as a little sister. I don’t regret anything I have been through as Charice…but it was hard. I was being someone I’m not. But I’m proud of her achievements.

Some people jokingly say that Charice is dead. She’s not dead; I just let her go. She’s free.

So back then, while you were making people happy with your talent, it wasn’t the case for you. I don’t want to be dramatic, but that’s true. They’re happy, but deep inside, it’s breaking you.

Do you get offended when people call you Charice? When somebody calls me, “Charice,” “ma’am” or “she,” I just think that they either have a different set of beliefs or they aren’t aware. Or, they just want to insult you.

As a celebrity transman, do you feel like you now have a responsibility to educate people? I don’t want to impose, or force people to accept who we are. And so, should I speak about being a transman, it would be about making people in similar situations [feel] that they’re not alone.

In your last album, “Catharsis,” you went pop-rock. Do we expect more of that? I’ll just let myself fly. I still love alternative rock, and I was heartbroken when Chris Cornell (of Soundgarden) died.
I have been singing different genres all my life. Now, I’m exploring again, experimenting with my voice.

What are you most excited about being Jake? The music I’m going to do. And of course, when people call me “Jake.”