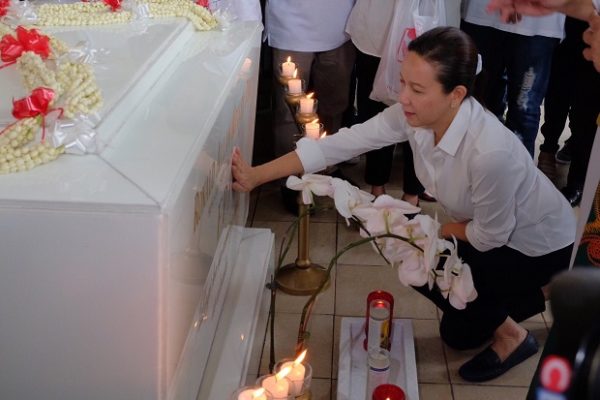 Senator Grace Poe leads the commemoration of the 78th birth anniversary of her late Fernando Poe Jr. at the Manila North Cemetery on August 20, 2017. FROM THE OFFICE OF SEN. GRACE POE

The late action star’s wife, Susan Roces, including family members, friends and supporters were also present during the mass. 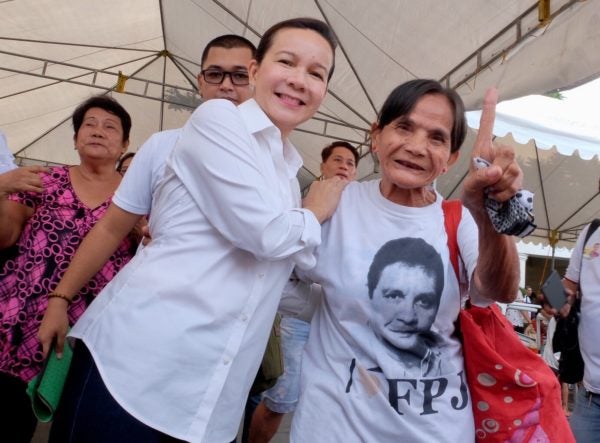 At right, an unidentified fan of ‘Da King’ Fernando Poe Jr. joins family and friends of the late actor in commemorating his 78th birthday. At left is Poe’s daughter Sen. Grace Poe. FROM THE OFFICE OF SEN. GRACE POE

The senator also lauded her father’s fight for justice, which she described as not just in his movies, but also in real life.

The Poe family also expressed gratitude to “die-hard” supporters who came from many places around the country for the unwavering support from the time Fernando Poe was still the iconic movie star up to the present.

Fernando Poe, popularly dubbed as “Da King” or king of Filipino action movie, ran for president during the 2004 elections but lost to former President Gloria Macapagal-Arroyo. He died at the age of 65, on Dec. 14 of the same year after suffering from stroke. CBB