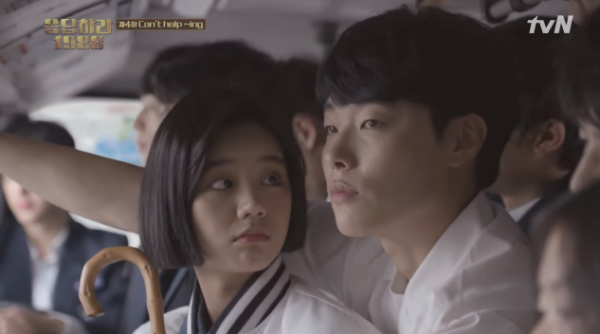 Hyeri of Girl’s Day and actor Ryu Jun-yeol, the leads in popular tvN drama “Reply 1988,” confirmed Wednesday they are engaged in a romantic relationship.

A local media outlet reported earlier in the day that the two stars had started dating by the end of last year after starring in the show together. The report also released photos of the two spotted during three secret meetings.

Hyeri and Ryu’s agencies were quick to confirm the report.

“Hyeri and Ryu Jun-yeol developed their friendship to a relationship and have been dating. As they started dating recently, please watch them with warm attention,” Hyeri’s agency DreamT Entertainment said in a statement.

“We feel sorry that we had to deliver the news suddenly,” Ryu’s agency C-Jes Entertainment said in a separate statement.

Hyeri debuted as a member of K-pop girl group Girl’s Day in 2010 and started her acting career in 2012 SBS drama “Tasty Life.” She is currently filming the upcoming film “Monster.”

Ryu debuted in 2015 flick “Socialphobia” and since starred in movies and TV dramas including 2016 MBC drama “Lucky Romance.” He can currently be seen on cinema screens in “A Taxi Driver.”