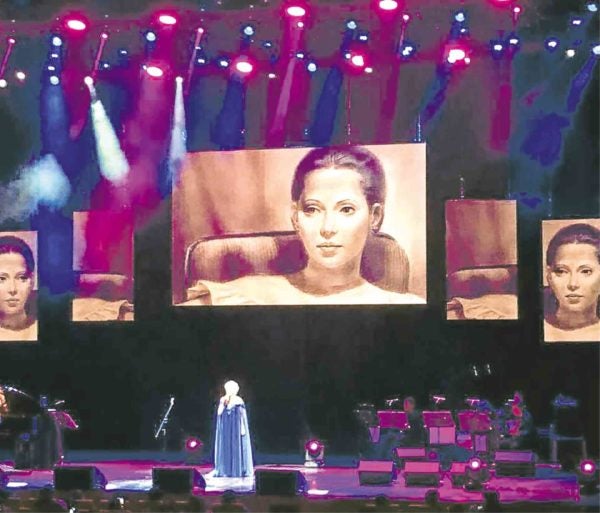 As a theater artist, we’ve always thanked our lucky stars for leading us to Nestor U. Torre and Monique Wilson, the biggest “influences” on our career as a performer (“Falsettos the Musical,” “Magnificat,” “Aspects of Love”) and director (“Into the Woods,” “The Vagina Monologues,” “Cabaret”).

But there were notable others who were also part of our formative years in the theater. They instilled in us the indispensability of hard work, dedication and discipline—like director Leo Rialp, songwriter Ryan Cayabyab and producer/actress Celeste Legaspi.

They were the creative minds behind our first foray into the legitimate stage: “Alikabok” was produced in 1995, the same year we wrote our first article for the Philippine Daily Inquirer.

In those early years, we looked forward to Celeste’s taas-kilay rehearsal visits (and we say this with love and fondness)—where our “baby steps” as a theater actor with zero experience largely benefited from the timeless diva’s prodigious musicality and uncompromising performing standards.

If you don’t want to see Celeste’s raised brows directed at you, you better know your stuff!

Having said that, we enjoyed listening to her comments and critiques because of her unexpurgated honesty and spot-on candor—it was a sin to be sintunado (out of tune)  in the stage musicals she and  partner Girlie Rodis produced.

Later, when we were cast to portray the teenage Rizal (with Ogie Alcasid playing the  national hero as an adult) in “Sino Ka Ba, Jose Rizal?,” one particular music rehearsal stood out for us:

We sang our only solo number, “Calamba”—a soaring dramatic aria about young love and the rustic beauty of young Pepe’s hometown—with as much passion as we could muster. But we got “the brow” just the same because we “adjusted” the tune’s final note! 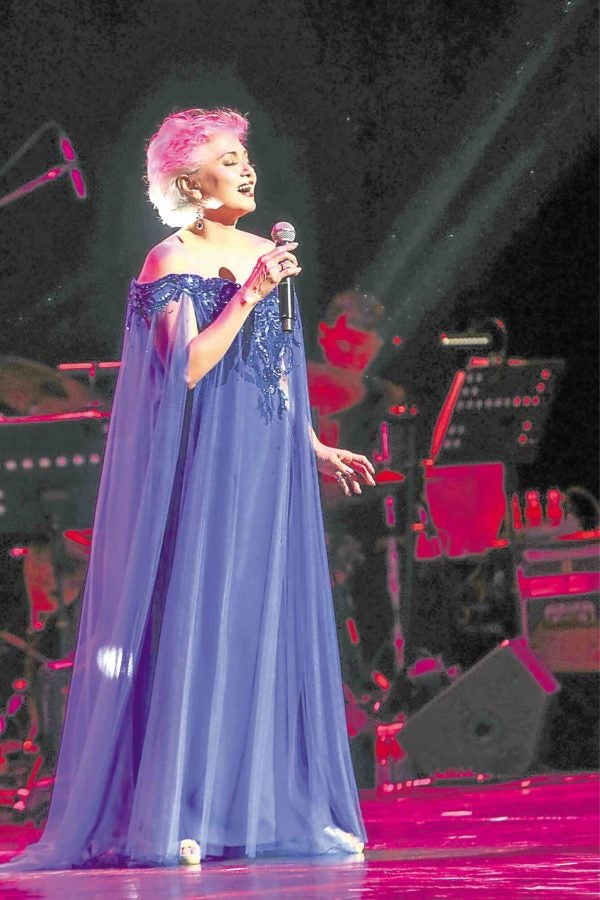 We didn’t do it to impress Celeste with our range, really—it was part of Nestor’s direction (he likes songs to end on a high note), and we’ve always been known for our “obedience” as an actor.

Fast-forward to a decade later, when we directed Tommy Abuel (as the Mysterious Man) in 2007’s “Into the Woods”: Before rehearsals, we would shoot the breeze with the veteran actor, who always arrived at the New Voice studio two or three hours before call time, about his rich experiences onstage and in films.

Tomas regaled us with stories about, among others, Tita Teteng’s heyday as one of Philippine theater’s top ingénues.

We urged the actor to write a book featuring his precious anecdotes and recollections about show biz and theater, from the ‘60s to the present—and we still hope Tommy eventually gets around to doing that.

All those stories came rushing back to us when we watched “Celeste,” the songstress’ long-awaited return to the concert scene last Aug. 5, at The Theatre at Solaire. As expected, she blew away her audience with an exhilarating fusion of music, history and art.

Framed by the artworks of her celebrated father, National Artist Cesar Legaspi, Celeste’s repertoire brimmed with nostalgia and warmth as she alternately dazzled and dished about lessons learned and lives (hers and her parents’) well-spent, in a sensational show that was as much about skill as it was about soulful, spectacular singing.

Nope, the concert wasn’t perfect—in fact, the show began with a potentially disastrous technical glitch that had the singer quipping, “What do we do now, Mr. C (Ryan Cayabyab)?”

Through it all, Celeste maintained her composure as she “walked the crowd” through the events that led to the gaffe.

Sometimes, after a challenging number, she’d  walk to a corner for a sip of water and catch her breath.

Another time, Celeste shook her head when she forgot the lyrics especially written for her by her husband, Nonoy Gallardo (“Hindi naman halata, ’di ba?”).

But, they’re nothing the 67-year-old OPM icon couldn’t get away with. Celeste was fun, disarmingly “maarte” and musically fabulous! And she got better, bolder and more confident as she sang the rest of her songs with catchy exuberance.

For its part, The CompanY was similarly kwela despite some “off” moments in its medley of OPM numbers.

Then there’s the Baihana trio, whose members were served well by their  synchronized focus and  jazz-tinged harmonies.

It was easy to let the show’s missteps and false starts slide, because Celeste’s voice wasn’t only in tip-top shape—she also knew how to engage concertgoers with exquisite songs and heartfelt stories that made them recall their own struggles and triumphs in life.

Celeste shared her heart and soul with her appreciative audience as she revisited Rolando Tinio’s Filipino translations of show tunes and standards, including “A House is Not a Home,” “The Lady is a Tramp,” “So in Love” and (Minnie Riperton’s) “Loving You.”

When she performed “La Vie en Rose,” she sang it in three alternating languages—each as effusively sung and eloquently phrased as the other portions. The songs were so lovely it wasn’t unusual to see people shedding tears and getting carried away.

Her popular hits also came one after the other—“Gaano Ko Ikaw Kamahal,” “Tuliro,” “Never Ever Say Goodbye,” “Mamang Sorbetero,” “Saranggola ni Pepe”—and, like the stirring original “Nagpapaalam Na Ang Araw” (about time and life winding down), they did not disappoint.

Just as memorable was a string of gorgeous show tunes from the stage productions mounted by Musical Theater Philippines, like “Ang Larawan” (which included snippets from the controversial Metro Manila Film Festival-“rejected” screen musical), “Katy!,” “Saranggola ni Pepe” and a surprise medley from “Alikabok” (“Gising Na,” “Isang Araw Bawa’t Taon”). You can’t be any more musically delectable than that!

The concert is as much a triumph for Celeste   and Ryan as it is for Solaire Entertainment director Audie Gemora, without whose support the unique show would not  be staged.

The concert may not have been seamless, but that didn’t make it any less glorious than the legacy of the gifted star it feted.

(Catch Celeste when she teams up with fellow OPM luminary Basil Valdez, along with Mr. C and Baihana, on Sept. 20 at the San Juan Arena, to raise funds for the residents of war-ravaged Marawi.)