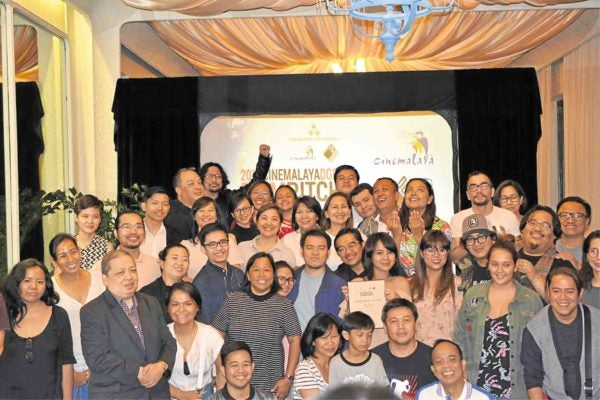 In this speed-dating experience, almost everyone comes home a winner, both the searchee and the searcher.

Now on its sixth year, the annual Cinemalaya-DGPI Pitching Forum has consistently served as a propitious launching pad for both the filmmakers and their proposed projects.

The Independent Filmmakers’ Cooperative (IFC) initiated this event in 2011, with the support of Cinemalaya and the Cultural Center of the Philippines. Last year, the Directors’ Guild of the Philippines, Inc. (DGPI) took over the reins.

“The forum aims to help directors have a successful career by making their material market-ready,” said Rica Arevalo, DGPI board director and the event’s co-forum director with Roni Bertubin. “It gives filmmakers the chance to have exclusive, one-on-one meetings with producers and financiers, round-robin style.”

Arevalo quipped: “Successful partnerships and relevant films were produced in the last seven years because of this ‘speed-dating’ meet.”

“Respeto,” which was the toast of this year’s Cinemalaya, bagged two awards last year: the DGPI Prize and the CMB Prize. “‘Respeto’ benefited from the CMB Prize because the director won free equipment use,” Arevalo related.

Each firm gave an award to its chosen projects.

The Best Film Pitch was bagged by Rolin Migyuel Obina’s “Pag-Uulyanin ni Olivia Mendoza.” Among the top winner’s prizes are P15,000, a free trip to the 2018 Cannes Film Festival (where the director can pitch the film), one-year iFlix subscription, and a DCP Package from Black Maria Pictures.