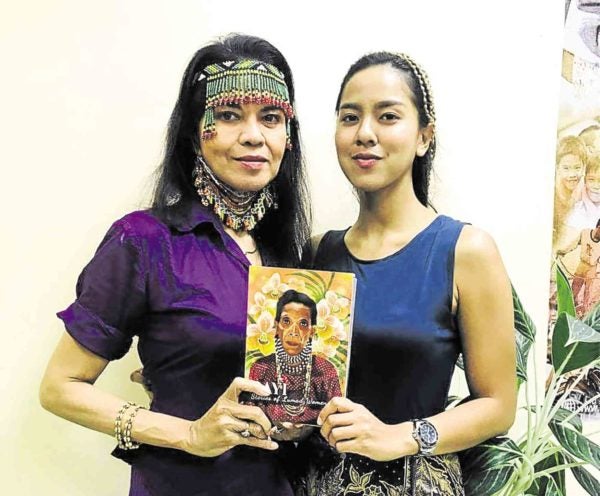 “She was in bed and was not feeling well that day,” she recalled their fateful meeting almost two years ago.

She asked around about the leader and was led to a YouTube video of a frail yet feisty Bai Bibyaon giving a lawmaker a mighty dressing-down for betraying the tribe.

“I was blown away,” owned up Maribel, as she was known in the biz.

As early as then, she already nurtured the dream of portraying the courageous chieftain in her heart.

She gets her wish fulfilled in a coming production, her collaboration with the Gender and Development Committee of the National Anti-Poverty Commission (NAPC). The docu-drama is directed by Cenon Palomares, with Sheron Dayoc as creative consultant. As bonus, Maribel’s daughter Mara Lopez has been cast as the young Bai Bibyaon.

Since their first encounter in 2015, Maribel has been doing research on Bai Bibyaon, the only female datu (chieftain) in Manobo history.

She described Bai Bibyaon as a “pioneering feminist.” “She broke the rule that only men could join tribal wars. Her leadership qualities, bravery and will to survive had a profound impact on me.”

She related that the woman warrior had been defending her tribe’s ancestral land since 1994. “She has been protecting her community, the forest, water and mountains, from greedy corporations that are engaged in illegal logging and mining.” 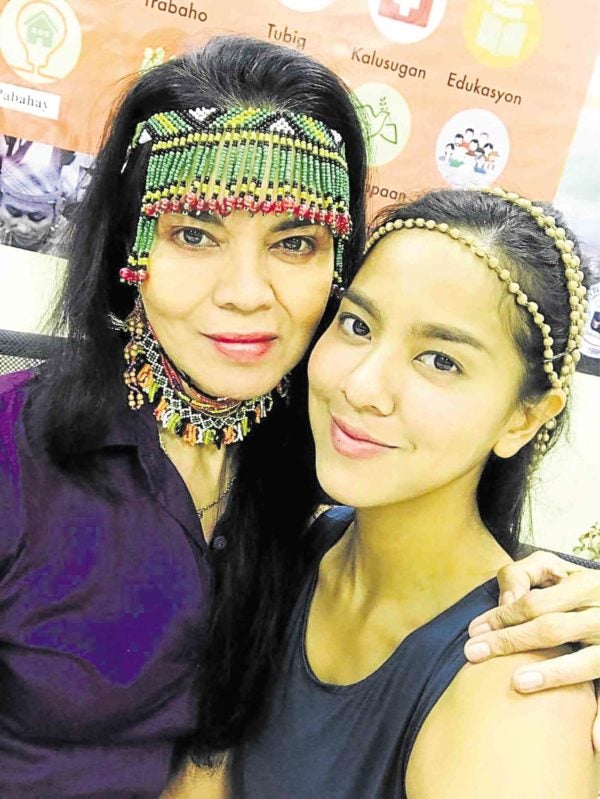 Every time she’s in Davao, the actress observes the datu’s life in the evacuation center. “She makes Manobo beads all day. She follows a paleo diet—no processed food. She only eats food from the earth.”

Whenever she visits, she brings Bai Bibyaon boiled kamote (sweet potatoes). “But she would share my gift with the whole clan. She has so much love for the community—so selfless.”

She sees a kindred spirit in the esteemed tribal elder.

“She’s independent and fearless, too,” Maribel enthused. “She’s not afraid to speak her mind. As a teenager, she fought a panggayaw (tribal war). She was a sharpshooter and made her own weapons.”

She admires the leader for “always fighting for the preservation of the culture and tradition of the lumad. I want the whole world to hear her voice… so our children and children’s children will recognize who she is, her contributions to our culture, the environment and the plight of Filipino women.”

She related that she and her team had started filming Bai Bibyaon narrating her story, in her own words.

“We plan to screen the movie here and abroad, in festivals and screenings for students and lumad communities,” she remarked. “Liza Maza of the NAPC got involved because it was in line with the agency’s poverty alleviation programs. This advocacy film promotes self-reliance and the sustainability of communities. Women and the lumad are in the Top 5 of the NAPC’s agenda.”

Bai Bibyaon, Maribel noted, is a UP Gawad Tandang Sora awardee this year. “She is a true Gabriela!”