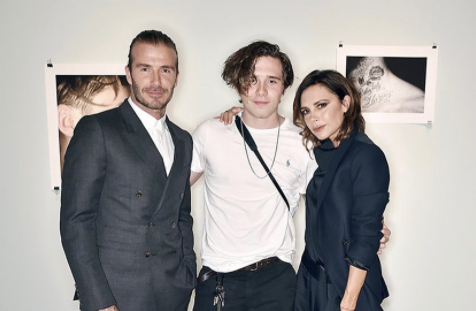 In an interview with W Magazine, Brooklyn Beckham says he accepts that he is “always going to be known as Victoria and David Beckham’s son” even if he’s doing his own work, particularly with photography and writing his first book. 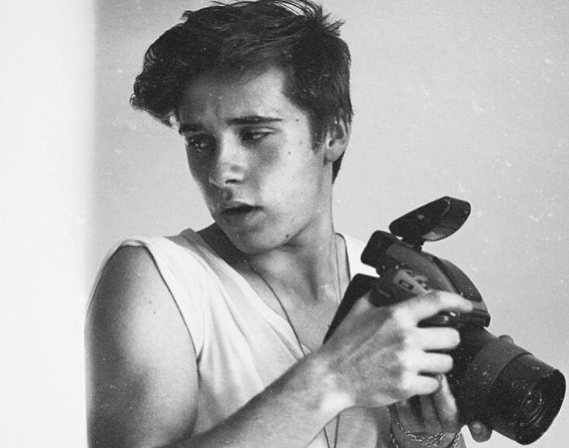 However, negative comments hounded the 18-year-old’s efforts, particularly that he got these gigs because of his parents’ fame.

“’Oh, he got that because of his parents,’ stuff like that. I try to not read that stuff,” he said.

Beckham’s book “What I See” shares glimpses of his travels, family and friends. It has also drawn criticism for the teen’s amateur work.

His stint as a photographer for luxury line Burberry also drew flak from fashion photographers. “They represent hard work and then their 16-year-old year son comes along and it’s sheer nepotism. He hasn’t done it from hard work, which is counter-intuitive to what his parents represent,” said photographer Chris Floyd to The Guardian.

Still, the teen is bent on pursuing photography, and his parents’ connections do help him get mentorship.

“I did an internship with Nick Knight, and he gave me a lot of pointers that I took and tried to use when I shot some of my mates or my family—like how to position [the camera] and the light in certain ways, and get comfortable with the model,” Beckham shared. Knight is a renowned fashion photographer from the United Kingdom.

“Now I talk to [the models] before I start shooting them, and while they’re talking to me, I usually take a few shots and try to get used to them, get to know them,” he related in the interview.

He also prefers taking photos of people who aren’t famous, or of loved ones and close friends. “I’m kind of selective of the people that I take photos of. Like, I don’t take pictures of just my friends, but I do like taking pictures of just some of my close mates, especially out in L.A.”

Beckham will be heading to university to study photography, as per his mom, and he sure sounds thrilled: “I’ve always wanted to go to uni, because people say it’s the best years of their lives. I’m really excited to move and live as a student and really start my photography career.” Niña V. Guno/JB