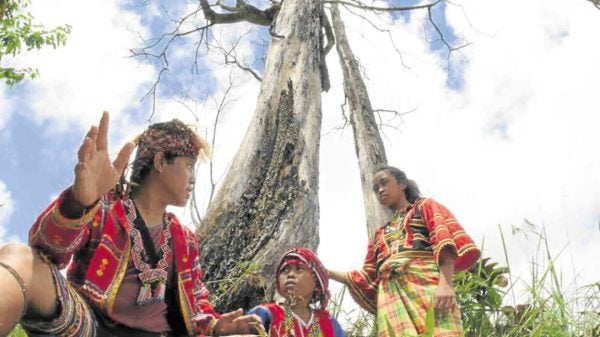 As of last count, there are at least seven indie film festivals in the country today: Cinemalaya, Cinema One, QCinema, Sinag Maynila, ToFarm, CineFilipino and the newly minted Pista ng Pelikulang Pilipino.

Is the overabundance of festivals boon or bane for filmmakers? Has the robust creativity of the indie scene reached a plateau after over a decade? Industry insiders weigh in on the state of the indie nation.

Filmmaker Jose Javier Reyes, who actively takes part in the selection committees of various festivals, explained that the so-called “glut” can be both good and bad for the industry.

“Good, because it provides a venue for young filmmakers to discover platforms and audiences,” Reyes pointed out. “Bad, because there is now a tendency to be repetitive, to create trends as an alternative to mainstream templates, but in the end, these innovations become templates themselves.”

Reyes took note of a “sad” development. “Sometimes, Filipino filmmakers are creating films not for the local audience, but as a ticket to international fame. I firmly believe that the Filipino artist should be of service to his countrymen, first and foremost, before aspiring to go global.”

Ronald Arguelles, festival director of Cinema One, volunteered: “I feel [the fest scene] has plateaued … The entire industry needs to develop and self-correct, to identify bad habits that disable its full potential.”

Plateauing, Arguelles acknoweldged, “is not always a bad thing. It is crucial. Slowly, many institutions are correcting themselves and, slowly, filmmakers are becoming more aware. It’s time for Filipino filmmakers, and the whole industry to pause, listen and learn.”

“It doesn’t matter how many film festivals there are,” Tonyboy Cojuangco, main patron of Cinemalaya told the Inquirer. “The more, the better. What I find interesting is that … not one of the veteran directors made it to the short list this year. The young directors are really making a mark on the filmmaking scene.”

Director-producer Perci Intalan acknowledged: “Some tweaking is needed … so that each festival will become distinct. That way, viewers and buyers will not feel [that the market is] saturated.”

Madonna Tarrayo, Unitel president and fest director of CineFilipino, affirmed that festivals play a critical role, “as a venue for producers to spot new talents.”

One such film-fest discovery is credited for crafting this season’s biggest word-of-mouth sensation.

The unexpected strong showing of the sleeper hit, “Kita Kita,” can be instructive on how an independently minded venture, if supported by mainstream machinery, can spell box-office gold.
Although it was directed by an indie filmmaker (Cinemalaya and CineFilipino winner Sigrid Andrea Bernardo) and topbilled untested actors (Alessandra de Rossi and Empoy Marquez), “Kita Kita” was backed up by a major industry player (Viva) and an emerging company with a noteworthy record (Spring Films).

Synergy between the public and the private, mainstream and independent, seems to be the secret ingredient to ensure sustained success.

Filmmaker Baby Ruth Villarama related: “Having many film festivals is always a celebration, [a way] to discover new films and filmmakers, and exchange practices on how to improve the industry.
I just hope there is a good balance in programming, a private-public…partnership in marketing and distribution.”

Other industry stakeholders play a vital role, too, Villarama stressed. “Cinemas and distributors need to come in to champion the industry as a whole, for its long-term stability.”

Acclaimed filmmaker Lav Diaz, who won the Golden Lion in last year’s Venice fest, remarked: “I cannot overemphasize the importance of film festivals…as the best fora, and the only outlets, for so many unheralded works of many struggling directors—films and filmmakers that can’t be accommodated by commercial cinemas. Festivals should always encourage creativity…For as long as there are filmmakers who will keep pushing the medium, there will never be a plateau.”