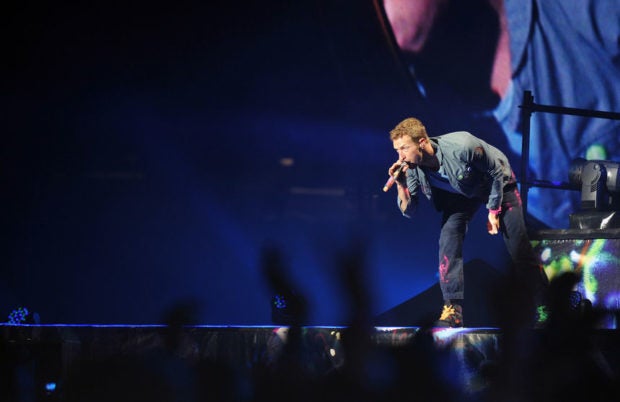 In their first stop in their US tour, Coldplay paid tribute to deceased American rocker Chester Bennington.

“This is to everybody who misses someone you know. This is for our whole community of musicians,” he added.

In tweets, Shinoda said he received the video via text and wished he were there.

Thank you @coldplay 🙏🏽 It sounded beautiful.

I WILL survive, persevere, and thrive….. Thanks Chris for speaking to me right now. I know I will be ok

Bennington is survived by his six children from three different mothers.

The band is a fan of Linkin Park: a day after Bennington’s death, they shared his performance of “One More Light” on their Twitter:

The Linkin Park lead singer shocked fans and the music community when he committed suicide last July 20. The band canceled their “One More Light” American tour following his death.  /ra