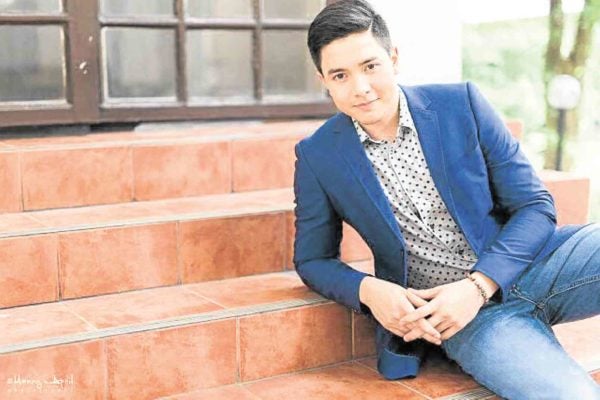 Kapuso heartthrob Alden Richards finally broke his silence over the issue that his younger sister Angel is his love child.

In his interview last night with GMA 7’s “24 Oras”, where he also addressed the said issue which has become a viral topic in social media, the actor vehemently denied the rumors and boldly stated: “I’m clear of my conscience, wala po akong anak (…I don’t have a child).”

Following his denial, the actor’s father, Richard “Daddy Bae” Faulkerson (Faulkerson being Richards’ real family name) felt the need to speak and defend his son. In a Twitter post last August 1, he challenged accusers to have him and his daughter Angel undergo a DNA test, to prove his paternity over her.

The online stir came about when a certain Instagram user by the handle @rainvillanueva4250 fired a hard-hitting comment on one of the young actor’s Instagram posts, with the said comment turning viral last week, after fans of the actor wildly reacted to it.

The accuser alleged that Richards fathered a child via a former girlfriend, and that the “Pambansang Bae” had no choice but have “Daddy Bae” own up to the child, given the actor’s young age.

Aside from the love child issue, Richards is also facing a controversy involving his “Eat Bulaga” co-host Patricia Tumulak. Some netizens accuse him of being in a relationship with the former beauty queen. His fans, however, remain supportive of him and his phenomenal team-up with on-screen partner Maine Mendoza. JB