Michael Keaton: From Batman to Spider-Man villain but always a super dad 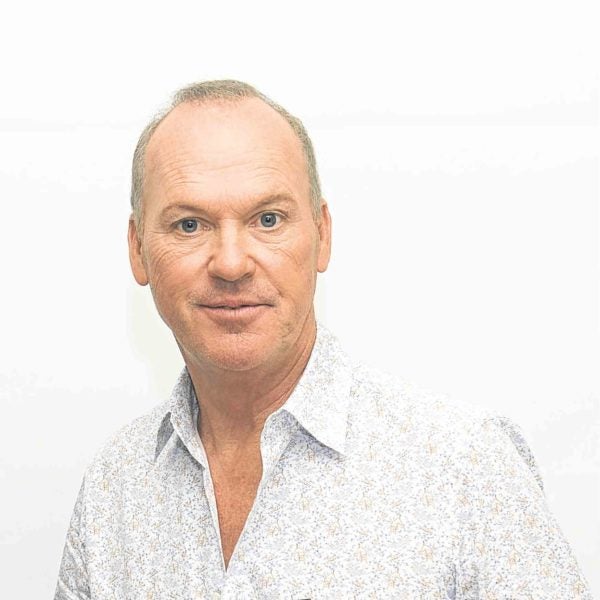 LOS ANGELES—“No, because I am the best Batman,” Michael Keaton jokingly dismissed all the talk about who is the best Batman ever, in the wake of the recent release of “Spider-Man: Homecoming.” That movie spurred debate on which actors were the best Spider-Man, Batman and so on.

Michael downplayed the comparisons and even the point that he had gone from superhero to villain in “Spider-Man: Homecoming.” “People want to draw a parallel, but it’s just another job,” he stressed.

No, he does not miss being in the superhero genre. “Not generally,” he declared. “I just move on to the next movie.”

He’s proud though of his two “Batman” movies with Tim Burton. “Yeah, we were way ahead of our time,” he said. “Tim Burton changed everything. No one saw his interpretation of ‘Batman’ coming, and that made everybody sit down and rethink all of that stuff. If you notice, after that, everything had a Tim Burton feel to it for a long time. There were colors and shades of blues, blacks and grays. No one could quite get it.

“But later on, everybody had his or her own version of it. Now, you’ve seen Jon Watts’ version of ‘Spider-Man,’ which is very far from what Tim did, almost a 180-degree turn. And it worked very well.”

In real life, Michael was almost super heroic in raising Sean Douglas, his one and only son and child with his late wife, actress Caroline McWilliams.

Over the years of interviewing Michael, we’ve come to know him as a man who always put Sean as his top priority over his career. He happily stayed away from the cameras for years to be with Sean as he was growing up.

Sean, now 34, is a multiplatinum songwriter and producer. Not many people know that Michael has raised a son who writes and produces songs for many artists, including Madonna, Christina Aguilera, Chris Brown and Demi Lovato.

Michael memorably gave a shoutout to Sean when he won the Golden Globe best actor award for “Birdman” in 2015. Fighting back tears, he said, “My best friend is kind, intelligent, funny, talented, considerate, thoughtful. Did I say kind? He also happens to be my son, Sean. I love you with all my heart, buddy.”

In this recent interview, it was moving again to hear Michael talk about Sean. “My entire family is close,” he pointed out. “I always thought I was a father first. I really liked being a father, so it was no problem for me. So, you make the sacrifices over the years.”

He was noted for taking the Concorde from the London set of “Batman” to New York, then jumping on a regular plane to Los Angeles so he could spend a day and a half with Sean. Then, he flew back on a commercial jet to NY and hopped on a Concorde to return to Tim Burton’s set.

He reminisced about those days. “When I was doing ‘Batman,’ I would literally jump on the Concorde. Not every weekend, of course, but I made three trips. So I’d be home for a day and a half. It was worth it to keep that relationship. We’ve always been tight.”

Michael recalled Sean as a boy. “The thing about Sean is that he has always been his own person. That was important to him and me that Sean was Sean. On the first day we walked into his first grade class, he was resolute in walking in on his own. He had a normal upbringing.”

Sean changed his last name to Douglas early in his career. Even some of Sean’s colleagues find out that he is the actor’s son much later.

The proud dad said: “Sean is a normal guy, but he is as hot as can be right now. He’s a songwriter. He recently had the top one and two songs with The Chainsmokers and Demi Lovato. They (he and Thomas Rhett) won a CMA award last year (for ‘Die a Happy Man’). He’s good—the kid can write.”

In his new film, Michael Cuesta’s action-thriller “American Assassin,” Michael plays Stan Hurley, the mentor of Dylan O’Brien’s eponymous assassin. They team up to investigate seemingly random attacks on the military and
civilians that lead them to a mysterious operative (Taylor Kitsch). 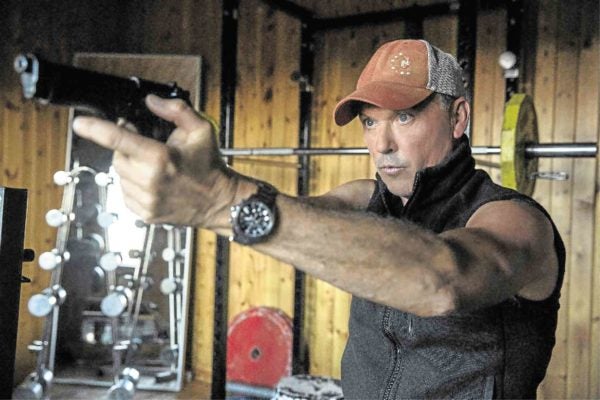 Being a devoted father, Michael, not surprisingly relishes being a mentor in real life. “I love the idea of being a mentor and the concept of mentorship,” he began.

“I don’t want to say raised, because that isn’t totally true. But I had the same woman from El Salvador working for me for 35 years. Her kids were around, but specifically one grew up in my house. He calls me dad and pop because his dad wasn’t really all that ‘around.’ He always tells me he loves me, and I love him. He was Sean’s ‘brother’ and pal.”

“Another way I look at Stanley Hurley is, he is the ultimate pragmatist. The rule in all branches of US military is that you never leave anybody behind, even if he’s dead. You go and get your men back. The mission is everything.”

In the live-action remake of the classic Disney animated film, “Dumbo,” Michael plays Vandemere and reunites with Tim Burton.