Film, book tackle challenges of having children with special needs 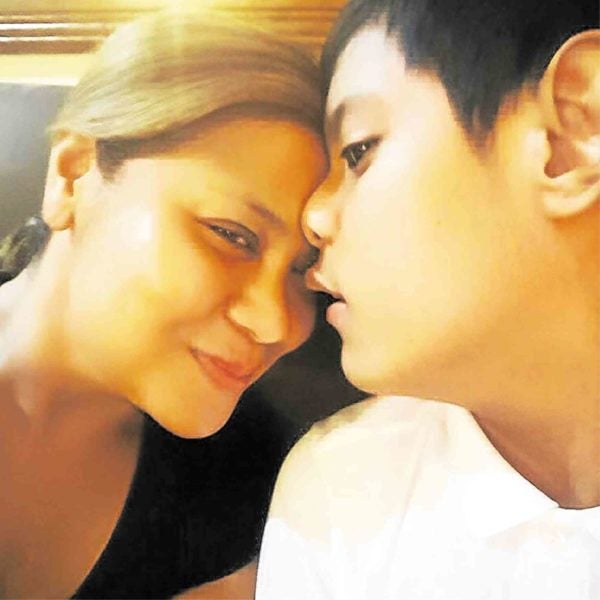 “I’m no doctor. I just deal with my son’s condition the best way I know how,” said comedian Candy Pangilinan, whose son Quentin, 12, has autism. She would often experience getting pulled aside by moms of children with disability to consult her on what to do with their kids.

This happens randomly, like after hearing Mass or when she’s at the grocery. She would also receive private messages in her social media accounts asking for her advice.

‘“This happens almost every day. I realized that a lot of people are still at a loss on what to do with children with special needs,” she observed.

Candy said this was why she decided to publish a journal on how she often deals with her son’s condition.

“I can’t talk much about it yet, except that it is a collaboration with our doctor, Francis Dimalanta,” the actress said of the book that will be published by Viva Entertainment before the year ends.

Candy’s most recent big-screen project is the Randolph Longjas’ CineFilipino film, “Star na Si Van Damme Stallone,” where she plays Nadia, who has a child with Down Syndrome. The story tells of the trials and tribulations Nadia goes through while raising Vanvan (Paolo Pingol), who dreams of becoming a film actor. “I show my support to him by accompanying him to auditions,” she explained.

The movie is one of 12 finalists at the 1st Pista ng Pelikulang Pilipino, which runs in cinemas nationwide from Aug. 16 to 22.

The most challenging part of filming, Candy said, was adjusting to Paolo’s quirks.

“Whenever he would move out of the camera’s frame, we had no choice but to move with him. When he didn’t feel like delivering his lines, we had to be ready to change some parts of that particular scene,” she told the Inquirer.

For the film, Candy worked with seven children of different ages, but all with Down Syndrome. The film chronicles Vanvan’s life from infancy to adulthood.

“I held a baby who was only 4 months old. The mom was always beside us, but I was still afraid to handle him, because he was fragile,” she recalled. “Through this film, I also got to understand the physical and mental development of people with this condition.”