Charlize Theron opens up about living with her alcoholic father 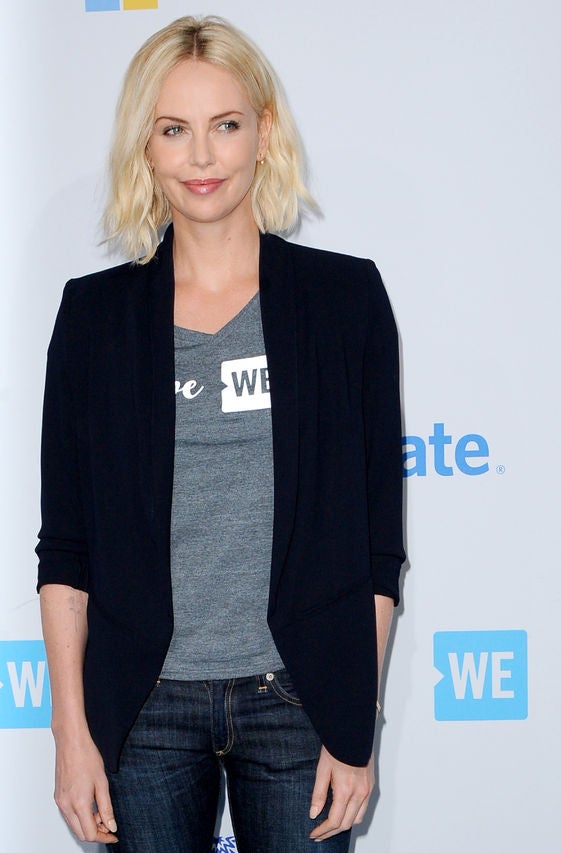 Actress Charlize Theron opened up about her experience with domestic violence and coping with the trauma through her adult life in a radio interview.

Talking to host Howard Stern, the “Monster” and “Mad Max” star confessed that she used to “pretend like it didn’t happen.”

Theron, 41, discussed the topic in 2004, revealing that her mother, Gerda, suffered physical abuse, while she experienced the emotional kind at the hands of her alcoholic father.

When the actress was 15, her mother shot her father in self-defense.

“They don’t know how to respond to that. And I didn’t want to feel like a victim. I struggled with that for many years until I actually started therapy.”

She also explained that living through domestic violence was more traumatic than her father being killed. “I think what more affected me for my adult life…was more the everyday [life] of a child living in the house with an alcoholic and waking up not knowing what was going to happen…not knowing how my day was going to go and all of it dependent on somebody else and whether he was not going to drink or [not.]”

Theron only began seeking therapy when she was in her “late 20s, early 30s” and her mother helped her cope psychologically with the pain.

“I have an incredible mother… She’s a huge inspiration in my life. She’s never really had therapy,” Theron shared.

“I think both of us have dealt with that night really well,” said Theron of being resilient with her mother. “I think both of us still have to deal with the life that we had—and that’s what people don’t really realize. It’s not just about what happened one night.”

In 2013, the World Health Organization (WHO) released a report that one-third of women have suffered from domestic violence. The organization identified a partner’s alcohol use as a risk factor behind violence.  Niña V. Guno /ra

Groups say abuse of women in Davao not easing

WATCH: Charlize Theron does own action stunts, ‘fights like a girl’ in ‘Atomic Blonde’ teaser

Read Next
Paulo Avelino ‘no-show’ at son Aki’s birthday party
EDITORS' PICK
Metro Manila’s daily COVID-19 growth rate drops to 2% — Octa Research
Over 3 Million worth of prizes to be won at Smart Padala’s SENDali Manalo Promo!
SMDC’s Bloom Residences: A master planned community that cares for your health and wellness
What to expect as Metro Manila starts ‘no vaccination, no ride’ policy on Monday
COVID-19 cases in PH pass 3.2 million mark with 37,154 new cases — DOH
Upsilon, Unilever give ‘real talk’ on climate change crisis
MOST READ
IATF protocols now apply to travelers who arrived on or before Jan. 13
‘Not my loss’: Did Kris Aquino just comment on her breakup with Mel Sarmiento?
Thailand records first Omicron death
Tito, Vic and Joey still not quitting, breaking trends as they celebrate 50th year in the biz
Follow @NGunoINQ on Twitter
Don't miss out on the latest news and information.