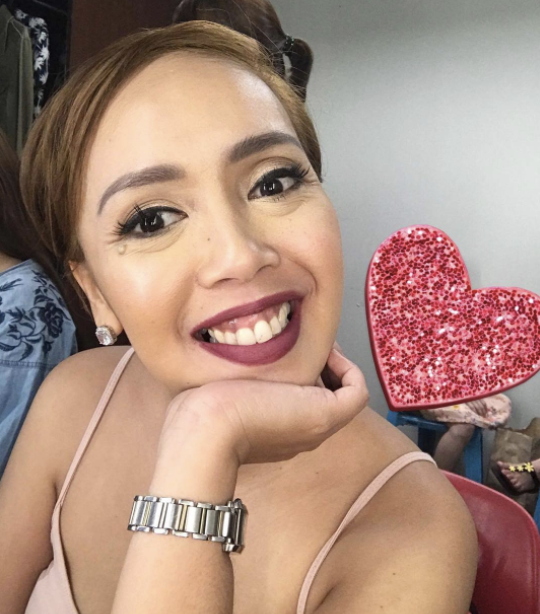 Following the denial from Kapamilya actor Ahron Villena that he and actress-comedienne Cacai Bautista had had a romantic relationship, the latter posted a quote on honesty, apparently meant for Villena.

“Honesty is the first chapter in the book of wisdom,” the quotation from Thomas Jefferson reads.

The “rift” between Villena and Bautista stemmed from a controversial statement from the actress who answered to a question during a press conference to promote her concert: “Sinagot ko na ‘yan dati.  Alam ko naman yun, and accepted ko naman kung ano man siya (I said yes to him before. I know what he is, and I accepted him for whoever he is).”

The statement from Bautista irked Villena, who thought his reputation was put at stake.

He then tweeted, “Naging tayo ba? (Were we ever in a relationship)?” The parsimonious tweet had a stinging effect that got the attention of netizens.

Bautista’s post was simply captioned with three praying-hands emoticons. What could she mean by it? Does it express love and forgiveness? Does the quote remind Villena to be honest and acknowledge the truth about their relationship in the past?

Probably to avoid the controversy from getting more heated, Bautista turned off  the comment function on her post.

For his part, Villena has made a lengthy post on Facebook “for the last time,” saying his earlier tweet was made out of anger. He apologized for it but maintained that what he said was true.

Villena in the past referred to Bautista several times as his “best friend.” He has always thanked her for all the things she had done for him. Last year, Villena was thankful for a surprise birthday party she had prepared for him. All this gave birth to rumors that they were dating.  /ra