WATCH: 'Finally Found Someone' trailer is out, all set for the big premiere | Inquirer Entertainment

WATCH: ‘Finally Found Someone’ trailer is out, all set for the big premiere 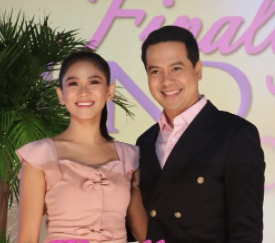 The much-awaited reunion movie of pop star princess Sarah Geronimo and box-office king John Lloyd Cruz is all set for its grand opening.

“Finally Found Someone” is the fourth film project of the blockbuster team-up of Cruz and Geronimo. The official trailer was released last Friday at a press conference for the movie, held at the Dolphy Theater in ABS-CBN.

While fans are obviously excited for their reunion, Cruz and Geronimo also expressed their joy about being able to work with each other once more.

The movie is about the character of Aprilyn (Geronimo) who finds herself broken after being left at the altar on her wedding day. She will come across the character of Raffy (Cruz) who will help her move on and find a happy ending.

Here's the OFFICIAL TRAILER of #FinallyFoundSomeone! Get ready to fall in love again with Sarah Geronimo and John Lloyd Cruz in "Finally Found Someone," directed by Theodore Boborol, in cinemas July 26, 2017!

A co-production of Star Cinema and Viva Films, “Finally Found Someone” will hit theaters nationwide on July 26. The movie is directed by Theodore Boborol. JB