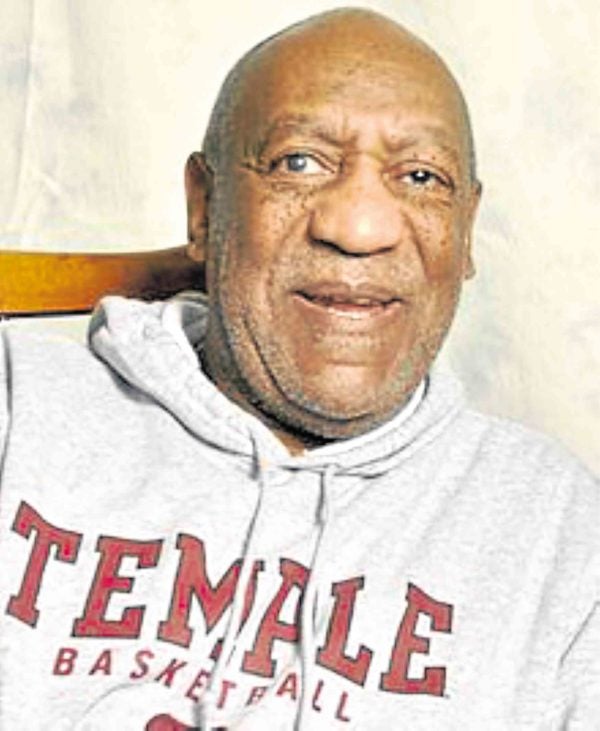 Comedians are supposed to accentuate the positive, as they ebulliently insist on looking at the slap-happy side of life, inviting viewers to do the same.

This season, however, some comedy stars have experienced unexpected “downers and frowners” that have frozen the smiles on their faces into veritable faces of embarrassment and pain.

They are paced this month by Bill Cosby—who, after years of whispered rumors of sexual harassment, has finally been charged in court by one of his many reported victims.

Cosby’s belated comeuppance and possible downfall have been especially bitter and ironic, because he was known as the cuddliest, most loving and loveable dad in the TV-sitcom world.

To some of his fans, it appeared to be inconceivable that an opportunistic wolf was lurking within that warm, cuddly and fatherly exterior—why, it was almost like seeing Santa Claus disgraced and kicked out of the North Pole!

Cosby’s defense through the years is that all of his romantic encounters have been consensual affairs, with many women practically throwing themselves at his feet, because he was so attractive and powerful!

But, his victims insist that he used alcohol, drugs and force to get his way with them.

In the past, he appeared to be too powerful to be exposed and charged, but women are less timid now, and can no longer be cowed into trembling silence.
So, more of them are speaking up and exposing him as the leech and lecher they discovered him to be.

The tragedy here is that Cosby spent decades building up his high-flying career. For him to be exposed and possibly brought down now, when he’s in the twilight of his years, is truly a major show biz tragedy.

And yet, the chastisement must come, if it’s merited, if only to warn other predatory stars and producers that they too will be ignominiously stripped of their fame, fortune and power, if they use physical or psychological force to oppress and victimize other helpless women—or even men, as the case may be.

The other star whose career crashed and burned this month was edgy, racy comedienne Kathy Griffin. 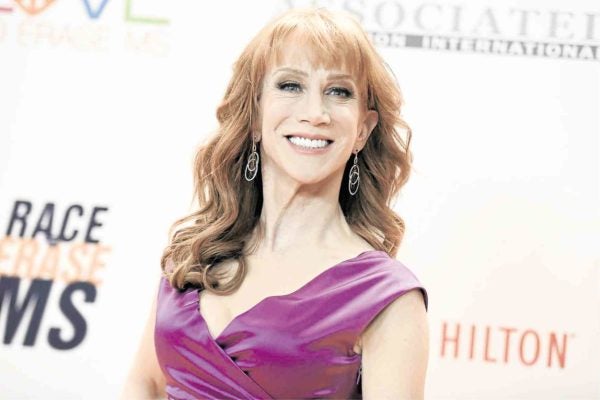 Known for pushing the comedy envelope to the limit, she simply pushed too hard and injudiciously when she recently held up a bloody effigy of Donald Trump’s severed head, for maximum shock value and effect.

She must have thought that the move was outrageously, edgily funny, but many people found it not at all risible.

Worse, they said it was exceedingly direspectful of the US chief executive—and worst of all, it exacerbated the now-huge problem of violence in American society.

As a result, Griffin lost some shows and sponsors, her schedule of live performances was severely curtailed—and her entire career is withering on the vine.

Griffin plaintively protested that it was just one joke gone terribly sour, but many viewers and producers weren’t mollified by her pleas for understanding and forgiveness.

Like Cosby, Griffin has belatedly discovered that viewers love comedians for brightening up their lives—but, when they cross the line in a key regard, the “enabling” laughter has to stop.