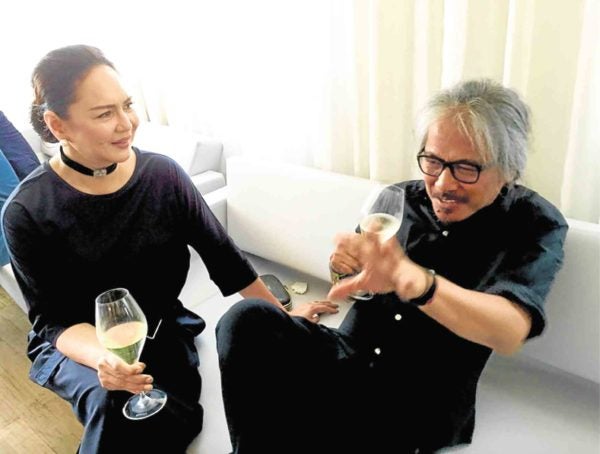 It’s Round Two for the “Ang Babaeng Humayo” tandem.

Entitled “Ang Saka ni Henrico (Henrico’s Farm),” the Diaz-Santos reunion movie was made possible by the Singapore International Festival of the Arts and will be filmed in the city-state next month.

With this new movie, Diaz is “paying homage to the Filipino woman.”

The film is a “thank-you letter [to Filipino women] … for taking care of our sorrowful republic.”

“Ang Saka ni Henrico” tells the story of a 65-year-old domestic worker who, after three decades in Frankfurt, returns home. She meets her compatriots during a stopover in Singapore, en route to Manila. 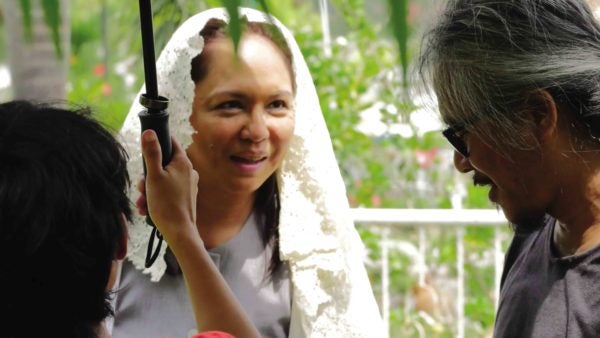 “Her interactions with her fellow Filipinos help her reflect on the nature of her loss, the cycle of sacrifice and longing that marks them all,” according to the Singapore fest’s website.

The film was reportedly “inspired by Diaz’s real-life encounter with a Filipino migrant worker in Frankfurt.”

Diaz told the Inquirer: “I see them everywhere in the world, working, sacrificing, suffering, giving, vanishing.”

He recalled: “I was in Singapore a month ago, doing location hunt, and I met them everywhere in the city—in homes, stores, malls, under the bridges, and at the Lucky Plaza, of course.”

The award-winning filmmaker often bumps into OFWs (Overseas Filipino Workers) in his travels all over the world.

“I was in Madrid, Spain, three weeks ago and I saw them in the streets carrying babies, doing marketing, pushing old and sick people in wheelchairs, working in hotels and restaurants,” he related. “Then, I was in Basel, Switzerland, a week ago, and again, the same sight.”

In a recent trip to Milan, Italy, “some of the cleaners and waitresses at the hotel where I stayed were Filipinos.”

He reported: “The last three days, I just explored the city… I saw them, walking alone, with fellow Filipinos, roaming with their families, rushing to go to work, eating in a corner, sitting under a shed.”

In each encounter, he makes it a point to engage his countrymen in heartfelt conversations.

“They shared their stories: joyful, hopeful and sad. Some stories were really devastating and I wish I can just lift them out of their miseries, but all I could do was just weep,” he volunteered.

She described his directorial style as “collaborative.” “We have a lot of discussions about characterization, but he gives you the freedom to breathe life into the character. The set becomes your playground. That’s what makes working with Direk Lav exciting,” Santos asserted.

“Working with Charo was quite a breeze,” Diaz agreed. “We understood each other. She’s a very sensitive and intelligent woman. Parang barkadahan lang ang atmosphere ’pag kasama siya. I hope it’ll be the same with this new film.”