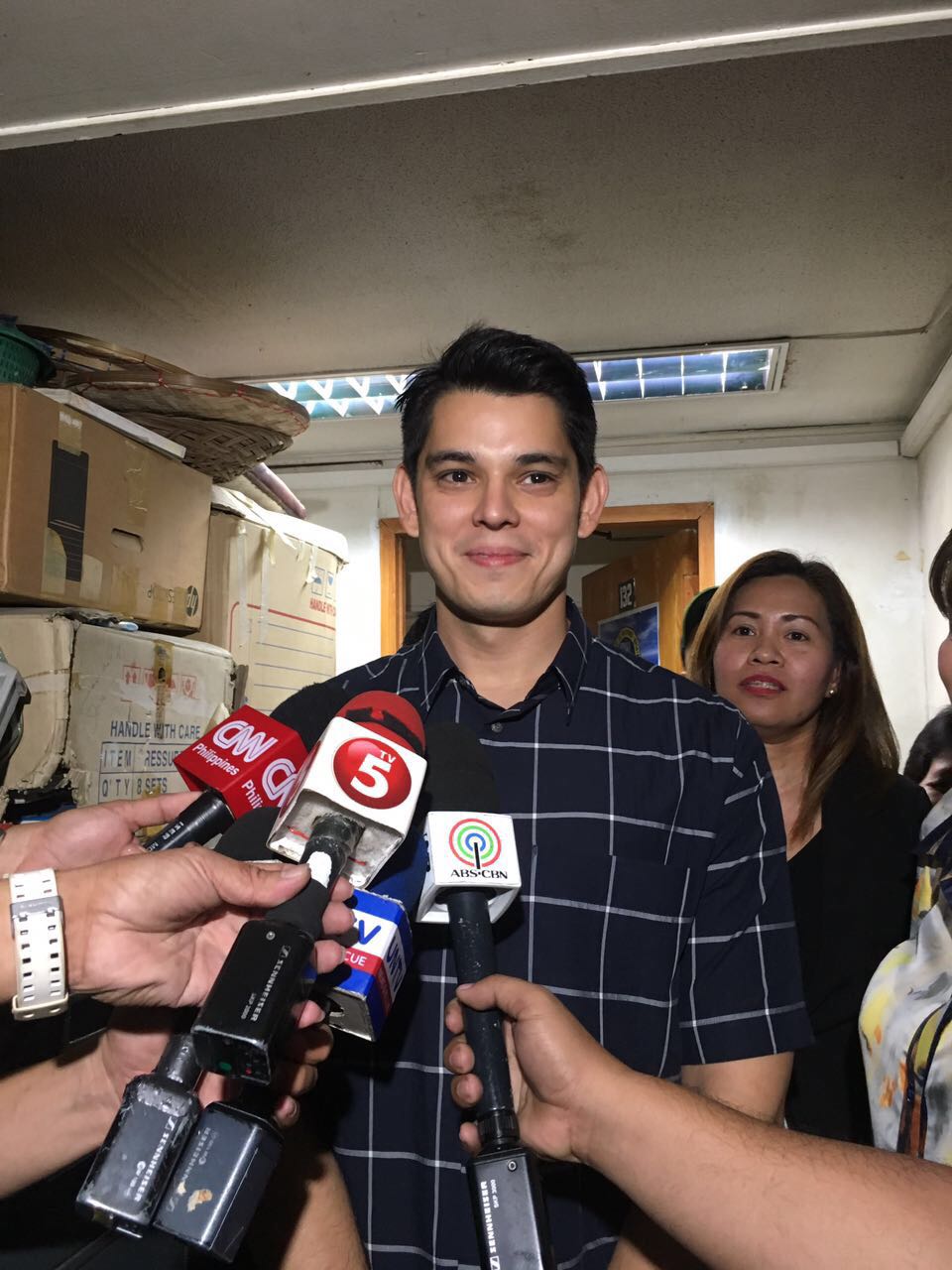 Actor Richard Gutierrez grants an interview with the media after submitting his counter-affidavit before the Department of Justice regarding the tax evasion complaint filed by the Bureau of Internal Revenue. TETCH TORRES-TUPAS / INQUIRER.net

Actor Richard Gutierrez on Thursday denied allegations made by the Bureau of Internal Revenue (BIR) that he should be held liable for the P38.57-million tax evasion.

Gutierrez submitted his counter-affidavit before the Department of Justice (DOJ) seeking dismissal of the BIR complaint for lack of probable cause.

“As far as I am concerned, my company has filed and paid the proper taxes to the government,” Gutierrez told reporters.

In its complaint filed last April, the BIR alleged that the 33-year-old actor allegedly failed to declare P39.9 million in sales from April to December 2012.

His company, R Gutz Production Corp., allegedly did not file income tax return and value-added tax during the same year.

Gutierrez’s company declared P311,111 in sales in 2012. However, its clients said they bought P39.9 million from the entertainment firm during the same period, based on a list of purchases.

“The summary list (of purchases) submitted by the (R Gutz Production’s) clients disclosed sales of P39,915,935.75 while sales declared by the respondents per tax returns filed was P311,111.08,” the BIR said in its complaint.

The BIR said they had notified Gutierrez about his back taxes at least three times, but the respondent did not give any response.

“As a consequence of their acts and omissions, R Gutz and its president Richard Gutierrez were assessed an estimated aggregate deficiency tax liability for taxable year 2012 in the total amount of P38.57 million,” the BIR added.

The amount is inclusive of surcharges and interests. The BIR said it is broken down into income tax of P27.45 million and value added tax of P11.12 million.

Gutierrez’s lawyers, however, said they have attached in their counter-affidavit a duly stamped by the BIR the 2012 Income Tax Return (ITR) to prove that there is no failure to file an ITR, or that there was an underdeclaration of taxes paid. JPV