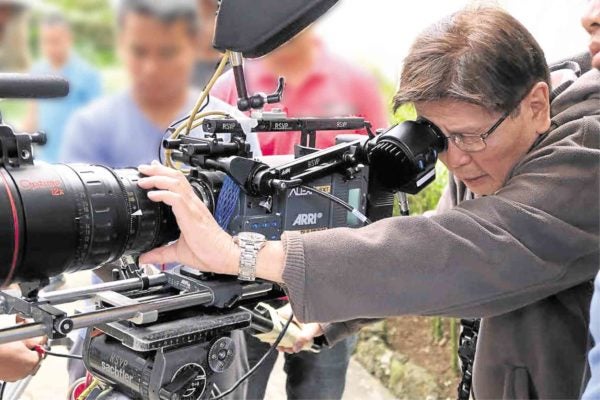 According to initial reports, De Leon will field his comeback movie, “Citizen Jake,” as an entry in the finished-film round of the MMFF. He recently told the Inquirer that he is having second thoughts about participating in the December festival.

For a bit of film history: De Leon’s “Kisapmata” bagged the major awards—including best picture, screenplay and director—in the 1981 edition of the MMFF. He earlier joined the festival with another acclaimed movie, “Kung Mangarap Ka’t Magising” in 1977—a “golden” year in Philippine cinema where the likes of Lino Brocka, Ishmael Bernal, Mario O’Hara, Eddie Romero and Celso Ad. Castillo competed for the top prize. (Castillo’s “Burlesk Queen” emerged triumphant in that hotly contested and controversial festival.)

De Leon’s comments on the MMFF came out on the “Citizen Jake” Facebook page. He denied that he had submitted the film in the screenplay round of the selection process.

He cited two reasons for not submitting the script: “One, a film festival entry should always be a film, not a script. This is just common sense. Two, aside from a handful of names, the identities of the…members of the selection committee were never revealed to the public. Why? Who are they? What are their credentials?”

He quipped, alluding to the fact that the MMFF is spearheaded by the Metro Manila Development Authority: “They (MMDA personnel) may be qualified (or not) to solve Manila’s traffic nightmare, but does this qualify them to pass judgment on film scripts and finished films? Did all these members read all the scripts? Apparently not. ’Yun lang muna. (That’s all for now.)”