As Snape in ‘Harry Potter’, Alan Rickman brought magic to a teen with cancer 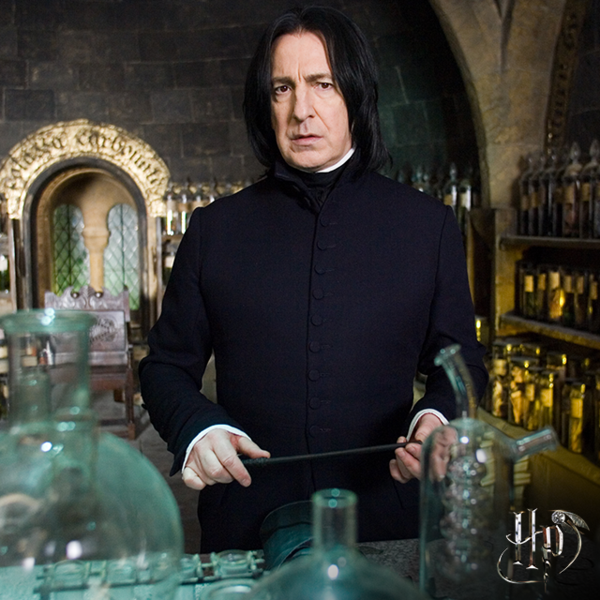 Alan Rickman is remembered for playing the reviled and largely misunderstood character of Severus Snape in the “Harry Potter” movie adaptations.

But in real life, his personality was far from cold and distant.

In a Huffington Post report, producer Paula DuPré Pesmen shared how she would organize “Harry Potter” set visits for children who were terminally ill.

She recounted that the cast was engaging and had touching moments with their guests, but one visitor stood out.

Jay, who had stage four cancer (neuroblastoma), wanted more than a set visit: he wanted to be in the film.

Rickman introduced himself and connected with the then 15-year-old boy, who turned out to be a fan of Rickman’s films.

In his full Snape attire and deep monotone voice, he then said, “Why isn’t this child in the film?”

“Everyone had a good laugh, and Alan took [Jay] by the hand and put him into the crowd of kids as they were panning across. The back of him is actually in a shot,” said Pesmen.

The scene, set in Remus Lupin’s Boggart class in “Harry Potter and the Prisoner of Azkaban” didn’t make the final edit, but Jay was grateful.

Rickman is fondly remembered by his young co-stars who looked up to him.

Upon news of Rickman’s death, Daniel Radcliffe wrote a moving tribute via Google Plus, stating that Rickman was a true friend: “He was so encouraging of me both on set and in the years post-Potter. I’m pretty sure he came and saw everything I ever did on stage both in London and New York. He didn’t have to do that.” Niña V. Guno/JB