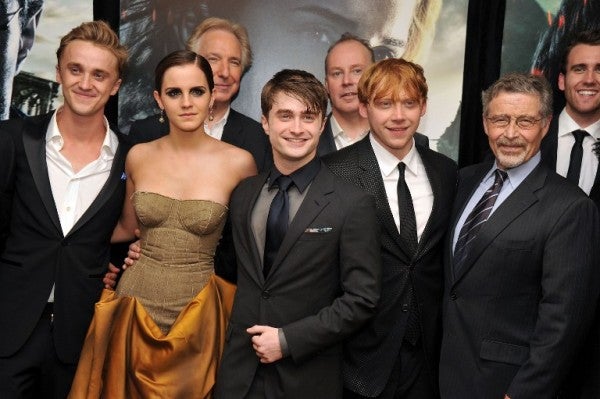 Cast members of the “Harry Potter” movies mourned the passing of actor Alan Rickman, who played the role of Hogwarts professor Severus Snape. He died on Thursday after a battle with cancer. He was 69.

Daniel Radcliffe, who played the role of Harry Potter, called Rickman as “undoubtedly one of the greatest actors I will ever work with. He is also, one of the loyalest and most supportive people I’ve ever met in the film industry.”

While Rickman was known as a nasty villain in most of his movies, Radcliffe said that the actor was the opposite of his onscreen persona.

“People create perceptions of actors based on the parts they played so it might surprise some people to learn that contrary to some of the sterner(or downright scary) characters he played, Alan was extremely kind, generous, self-deprecating and funny. And certain things obviously became even funnier when delivered in his unmistakable double-bass,” said Radcliffe in a touching personal essay.

He also said that Rickman was one of the first adults on the Potter set who treated him as “peer rather than a child.” He was 11 when he starred in the first installment of the successful movie franchise.

Radcliffe, who went on to star in stage plays both in New York’s Broadway and London’s West End, also thanked Rickman for being supportive of his career even after “Potter” ended its run.

Actress Emma Watson, who played Hermione Granger in the franchise, praised Rickman as a “special man and actor.”

“I’m very sad to hear about Alan today. I feel so lucky to have worked and spent time with such a special man and actor. I’ll really miss our conversations. RIP Alan. We love you,” she wrote on her official Facebook page.

In a statement to JustJared.com, Rupert Grint, who starred as the wizard Ron Weasely, said that he was “devastated” over Rickman’s passing.

“I am devastated to hear about the passing of Alan Rickman, I feel so privileged to have had the opportunity to work with him on numerous occasions – Even though he has gone – I will always hear his voice,” Grint said.

“There are no words to express how shocked and devastated I am to hear of Alan Rickman’s death. He was a magnificent actor (and) a wonderful man,” Rowling tweeted.

“My thoughts are with (his wife) Rima (Horton) and the rest of Alan’s family. We have all lost a great talent. They have lost part of their hearts,” she added. IDL