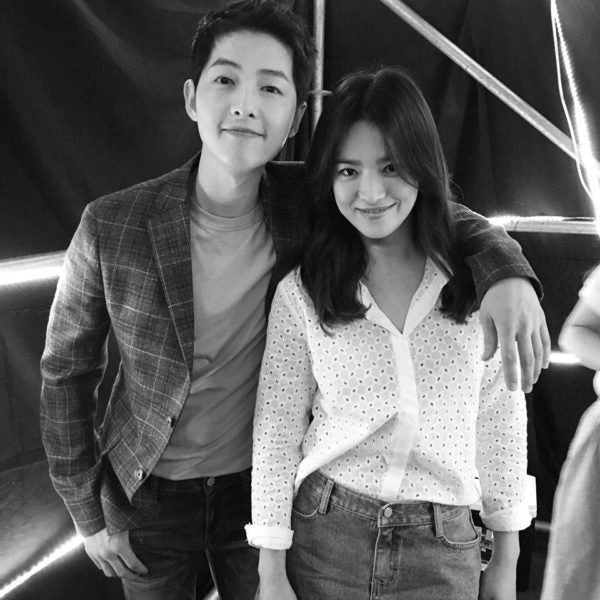 Korean actor Song Joong-ki and actress Song Hye-kyo were seen in Bali together and rumors of them dating have started up again.

However, the respective agencies of both celebrities spoke out to debunk rumors, saying that Joong-ki and Hye-kyo were in Bali attending to different agendas, reports Korean news site Yonhap News.

Joong-ki’s agency Blossom Entertainment stated on June 19 that, “Song Joong Ki visited Bali with his friends prior to promotional activities for his movie ‘The Battleship Island.’”

Hye-kyo’s agency UAA explained, “It is true that she went to Bali, but she went to attend a meeting for a project, not to meet Song Joong Ki.”

Song Joong-ki and Song Hye-kyo both starred in the hit drama “Descendants of the Sun” which aired from February until April 2016.  They gained a lot of popularity through the drama as the “Song-Song” couple.

Dating rumors also surfaced in March when Joong-ki and Hye-kyo were seen shopping together in New York. These rumors were also denied at the time. Alfred Bayle/JB

Read Next
Kiko Matos on working with Sharon Cuneta: ‘It’s an achievement off my bucket list’
EDITORS' PICK
DOLE Bicol shells out P45.7M in aid for 9,000 displaced workers
Senators on Duterte ‘shoot’ warning: ‘Let’s address hunger’ instead
Vico Sotto replies to NBI, asks for clarification
Macalintal: NBI on ‘fishing expedition’ as no ‘genuine’ case vs Vico
Latest patient brings number of COVID-19 cases in Cebu to 29
Anne Curtis, Angel Locsin, and Gabbi Garcia: Celebrity tweets on the state of the nation
MOST READ
Angelica Panganiban on endorsing Duterte in 2016: ‘Patawarin niyo ko’
PACC to NBI: Probe Robredo for ‘competing with national govt’ in fight vs COVID-19
PACC’s COVID-19 motto? ‘Lahat ng tutulong, ikukulong’ — Lacson
5 Filipinos on Forbes Asia’s “30 Under 30” roster
Don't miss out on the latest news and information.