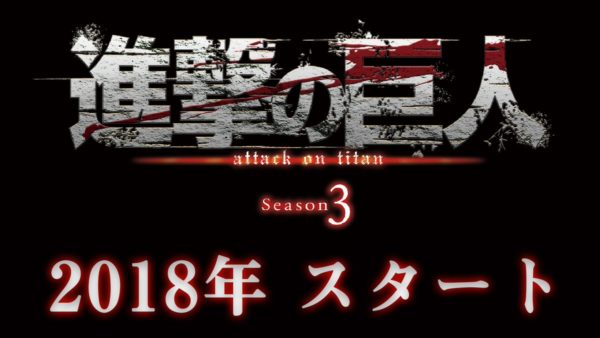 At the end of the final episode for TV anime “Attack on Titan” (Shingeki no Kyojin) season 2, it was announced that a season 3 for the series is already planned for a 2018 premiere, reports Crunchyroll.

Great news for fans who had to wait a few years before season 2 was finally aired. 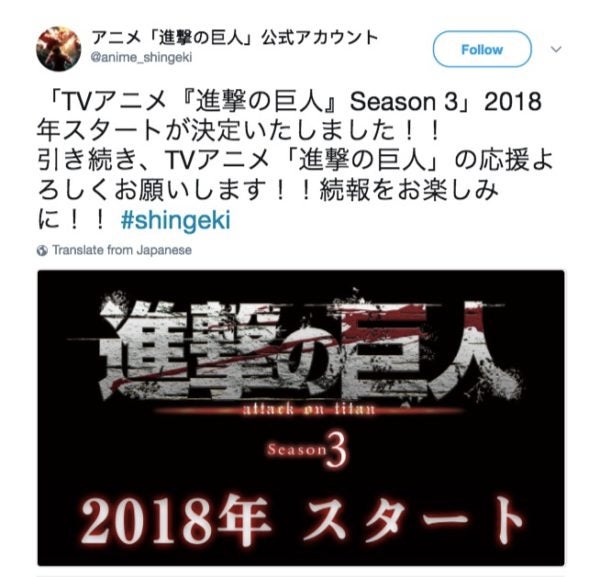 The show’s official Twitter account offered thanks to fans who waited all this time for season 2 and also confirmed plans for the 2018 release of season 3.

The “Attack on Titan” (Shingeki no Kyojin) TV anime was adapted from an ongoing manga of the same name, illustrated by Hajime Isayama.

The show’s first season premiered in April 2013 and ran for 25 episodes until November 2014. The story is set in a world where humans live behind huge walls and fight against man-eating “Titans” that threaten the very existence of the human race.

‘Cowboy Bebop’ anime to be adapted into live-action TV series