WATCH: Bitter Chris Hemsworth shows us what happens when you don’t include Thor in an Avengers film 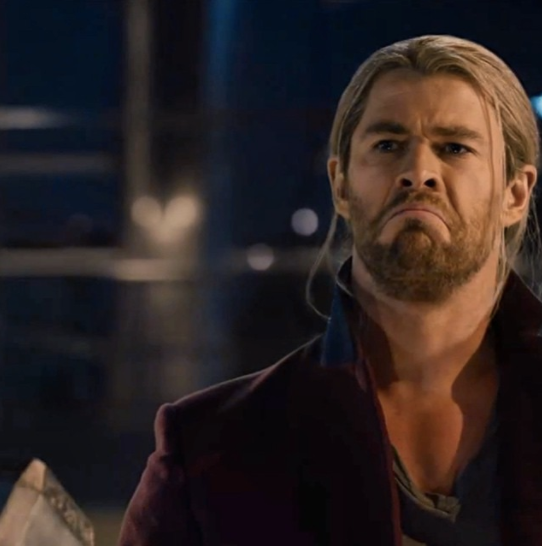 Chris Hemsworth may still have a slight grudge for being excluded from “Captain America: Civil War”, where almost every Marvel superhero joined either Captain America or Iron Man’s side.

Hemsworth plays no other than the mighty god Thor of Asgard, and to be honest, either team could’ve used some of his godly strength and the destruction he could wreak with the hammer Mjölnir.

A video shows the hunky Australian walking into a set of action figures, and notes that he isn’t among them. He then proceeds to show what it would be like if Thor were in the film:

Just stumbled across a little secret Avengers rehearsal by the @therussobrothers

Iron Man and Captain America are wiped out, while Spider-Man gets a hand swipe since he’s “just a kid.” In the end, only Bucky and Falcon get to stay, while Hemsworth keeps the Hulk since they’re “mates,” probably in reference to the green hero’s appearance in the latest “Thor: Ragnarok” trailer.

But to be honest, Thor was a bit busy during the Civil War trying to live a normal life, as seen in a video released last year:

At least he’ll be part of the upcoming “Avengers: Infinity War”, a culminating battle featuring all of Marvel’s heroes, from the Avengers to the Guardians of the Galaxy. A picture from the Russo brothers who are directing the film shows the magnitude of superheroes that will be there:

This may be the most epic superhero film yet, as all Marvel movies have been leading up to this. The film is expected to be released in 2018. JB