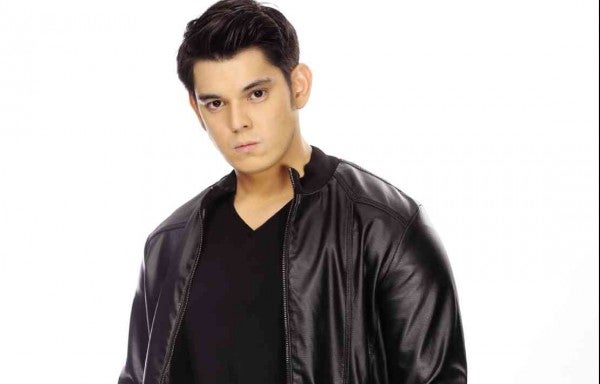 The former Kapuso actor has just signed his contract with ABS-CBN, as per report of the network via its official website. The signing was made in the presence of COO for broadcast Cory Vidanes, Star Creatives COO Malou Santos, finance head for broadcast and news and current affairs Cat Lopez, and talent manager Annabelle Rama.

The actor will be part of the upcoming fantasy series “La Luna Sanggre” top-billed by the love team of Kathryn Bernardo and Daniel Padilla and directed by Cathy Garcia-Molina. He will play the role of Sandrino, the long lost son of Magnus played by Jake Roxas.

Besides his much-anticipated appearance in the series, Gutierrez is also slated to do a movie with Angelica Panganiban and fellow former Kapuso talent and on-screen partner Angel Locsin, under Star Cinema.

Richard Gutierrez has been a Kapuso talent since he started back in 2002 at the teen-oriented show, “Click”. Alongside his regular Saturday program, he also appeared in the primetime series “Habang Kapili Ka”. His boy-next-door looks instantly gained him a huge fanbase. His team-up with his first on-screen partner Chynna Ortaleza was a huge hit, thus leading them to star in a few more movies such as “Bakit Papa” (2002), “Mano Po 2: My Home” (2003) and “Kuya” (2004).

However, it was his stint as “Aguiluz” in GMA-7’s “Mulawin” that catapulted him to superstardom. It was at this time when he became Kapuso Primetime King. It was also in “Mulawin” that he was paired with Angel Locsin who played the role of Alwina. Their highly successful team-up secured their spots in local showbiz as among the top young stars of their time. Their successful team-up was blessed with a number of movies including “Sigaw” (2004), “Mulawin: The Movie” (2005), “Let the Love Begin” (2005), “I Will Always Love You” (2006), “Mano Po: Gua Ai Di” (2006) and “The Promise” (2007).

After “Mulawin” he went on to do lead roles in other Kapuso shows including “Captain Barbell”, “Sugo”, “Kamandag”, “Codename: Asero”, “Zorro”, “Lupin” and “Full House”.

In 2012, he headlined GMA-7’s drama and action series, “Makapiling Kang Muli” and hosted the documentary show, “Pinoy Adventure”. However, in 2013, his contract with his mother network ended. JB