In preparation for her role as Wonder Woman, actress Gal Gadot went into intense training for six months, which included gym workouts and martial arts sessions.

She also shot the movie while she was pregnant with her second child.

Comedian and talk show host Conan O’Brien believed he could achieve her strong superhero form in just 35 minutes, along with the help of her personal trainer.

The self-deprecating O’Brien first asked for an assessment of his physique: “Be honest. Assess it. Don’t be afraid to be mean.” 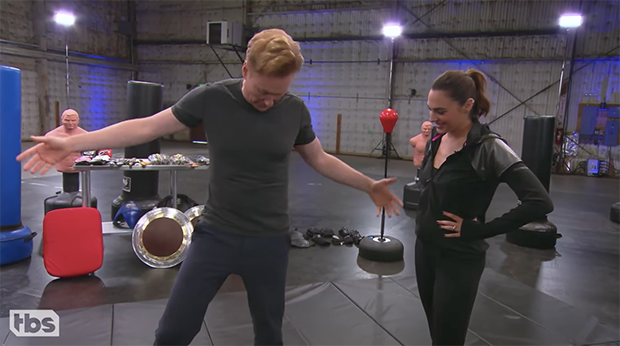 Without skipping a beat, the Israeli actress said, “Very weak legs.” When O’Brien looked hurt, she added with a smile, “That’s fine. We can work on it.”

They started out with some high kicks, which turned into a can-can: 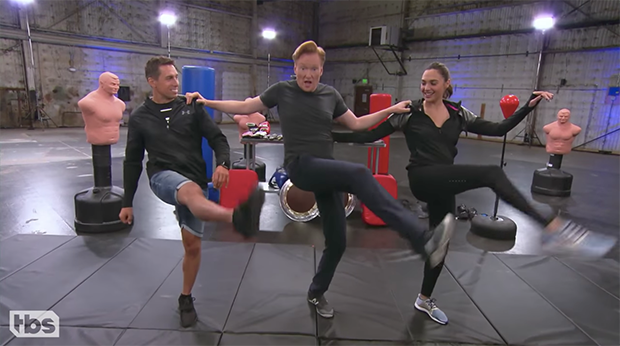 Then came sword work, which is central to Wonder Woman’s combat skills. The 54-year-old American comedian donned the heroine’s indestructible tiara and bracelets. “I feel powerful and pretty at the same time,” he said. 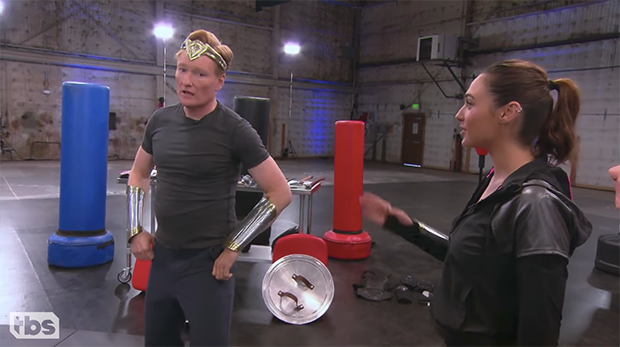 But still Gadot made quick work of him: 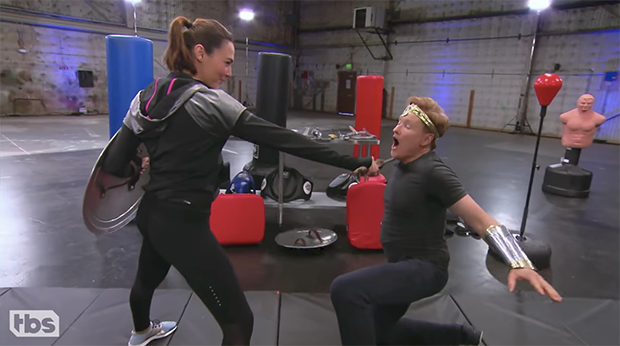 O’Brien also had the chance to enjoy the super gauntlets as he deflected bullets: 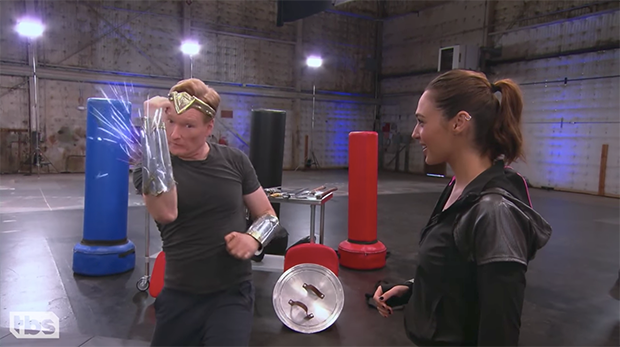 Finally, the redhead came in his own superhero outfit: 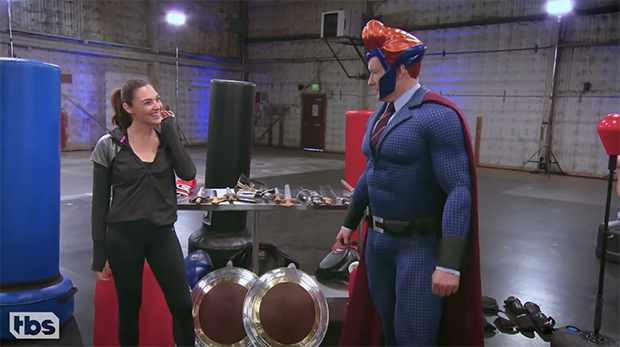 This impressed Gadot. “Your legs look so much thicker now,” she laughed to his dismay.

The movie, the first full feature iteration of “Wonder Woman”, will follow Amazonian princess Diana as she leaves the all-woman island of Themyscira to fight in the first World War and bring peace to mankind. The film is directed by Patty Jenkins and will premiere June 1 in Philippine theaters. JB

Rise of the warrior in “Wonder Woman” official final trailer