2 PH films in US LGBTQ fest 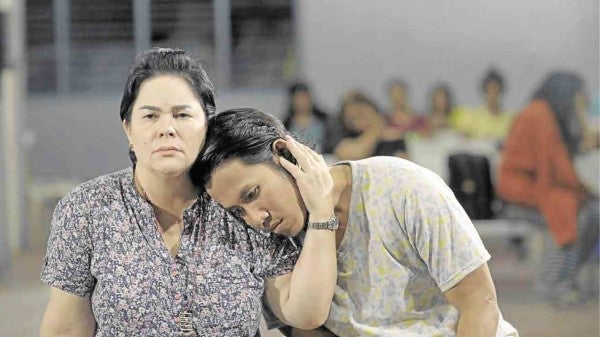 Two Filipino films will be shown at the 41st San Francisco International LGBTQ Film Festival, to be held in the United States from June 15 to 25.

Victor Kaiba Villanueva’s “Patay Na Si Hesus” and Samantha Lee’s “Baka Bukas” are among the “groundbreaking” films chosen by organizers for reflecting “the diversity of queer stories from across the globe.”

Also known as Frameline, the San Francisco fest, which seeks “to honor legendary filmmakers and discover emerging talents,” is touted as the “world’s premier LGBTQ event and the largest celebration of queer cinema.”

On its website, Villanueva’s movie is described as “a touching and utterly unique serio-comic take on the family road trip… [with] mischievous, queer stylings.” The site remarks that the Cebuano film “works lovingly as a microcosm for familial discord, loyalty and affection.” “Patay Na Si Hesus” topbills Cannes best actress Jaclyn Jose.

On the other hand, Lee’s movie is summed up as a “sassy romantic dramedy in warm pastels… a refreshing look at lesbian life from a Filipino perspective.” The site points out that Lee “mixes comedy and commentary … with an easy-on-the-eye cast of up-and-comers.” “Baka Bukas” features Jasmine Curtis-Smith and Louise delos Reyes as young gay lovers.

The two movies are products of local film festivals: the Cinema One digital fest (“Baka Bukas”) and the QCinema fest (“Patay Na Si Hesus”). Organizers note that Frameline “has a long history of supporting outstanding films and filmmakers.”