How Pink Floyd’s Roger Waters rediscovered his fire at 72 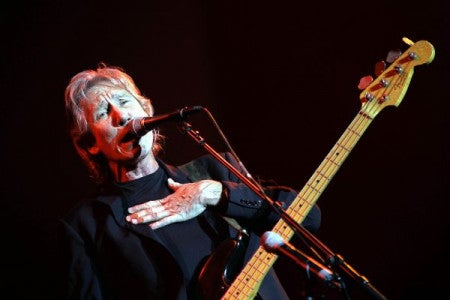 Before he agreed to produce Roger Waters’ first album in 25 years, Nigel Godrich had some hard words to say to the ex-Pink Floyd frontman.

“I told him what I thought of some of his earlier (solo) stuff,” said the studio wizard behind Radiohead, who has been dubbed the “sixth member” of the British band.

Godrich didn’t mince his words with his boyhood hero. “He made some records that were impenetrable. I can’t listen to them – I turned them off,” he told AFP.

“I tried to explain that to him,” the producer said of his frank first meeting with Waters, the lyrical genius behind the legendary albums “The Wall” and “Dark Side of the Moon”.

But rather than punch him in the mouth, the famously combative Waters, now 72, hired him.

“He got it,” said Godrich, who claimed that Waters’ powerful new album, “Is This The Life We Really Want?” is a “reaffirmation of him as a truly great songwriter.”

He said he realised Waters “really still had it” when he heard a demo of a new song, “Deja Vu”, that takes in everything from ageing to drone strikes. Not that Waters’ entirely forgot the younger man’s cheek.

“Sometimes when we were working together he would recite lyrics from his last album (“Amused to Death”),” Godrich said. “I would say it’s a shame that I couldn’t hear that because I couldn’t sit through the music to get the songs.”

Godrich, who worked with Waters for two years on the album’s 12 tracks, which will be released on June 2, said he was determined it would not fall into the same trap.

Far from “guitar hero” pomp, the fiercely political “Is This The Life We Really Want?” is mostly pared back to bass and strings to showcase Waters “the poet,” he said.

In the title track, Waters takes his own baby boomer generation to task (“Every time a Russian bride is advertised for sale/ And every time a journalist is left to rot in jail”) for slipping from idealism into cynicism.

“We could have been free” but “we chose to adhere to abundance/ We chose The American Dream,” he sings in “Broken Bones”.

And he returns to the combat in “Deja Vu” with chilling lines like “If I had been a drone/ I would be afraid to find someone home.”

“People are so afraid to say these things because it would destroy their careers but Roger doesn’t give a…” said Godrich.

Trump in his sights

“Picture That” takes aim at United States President Donald Trump, who Waters lampooned during a Mexico City concert last year with a rendition of the 1977 Pink Floyd song “Pigs (Three Different Ones)”, showing doctored images of Trump and likening the billionaire’s rise to that of Adolf Hitler.

The veteran English-born star will embark on a North American tour called “Us + Them” next week before taking in Asia and Europe next year.

“I think Roger had a very rough ride. He might say differently, but as a fan I think he did not get into his groove after the demise of Pink Floyd,” he said. “Things started rolling again with The Wall tour and making the movie of it. So he started writing music again. When I hooked up with him he was just pregnant with it. My job was to encourage him, to push him a little bit.”

“Roger is hugely underrated. We’ve forgotten just how good a songwriter he is,” Godrich added. “I never thought of Pink Floyd being Pink Floyd after Roger left. He was the guy who nailed things with his lyrics.”

“Music is music but a song is something different that needs the magic of words, and Roger has still got that power.” JB