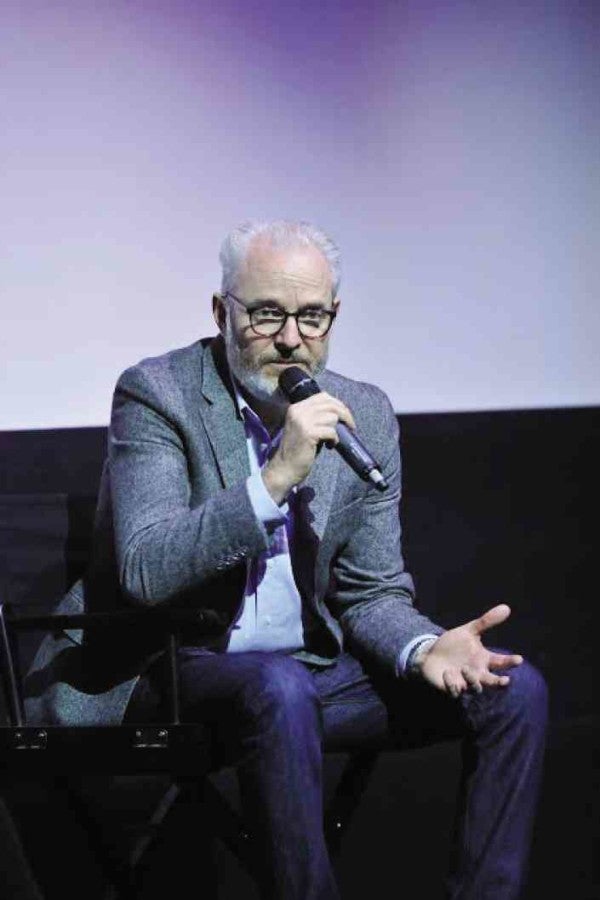 LOS ANGELES—Seldom has footage made us excited to see the finished film. When Francis Lawrence showed us 18-minute footage of “Red Sparrow,” starring Jennifer Lawrence as a Russian prima ballerina-turned-spy, at the Ham Yard Hotel in London, we wished the spy thriller was done already so we could watch the rest of the film.

Footage of the movie, based on the book of the same title by Jason Matthews (a former CIA agent), looked suspenseful, engrossing and sexy. Jennifer’s sultry Dominika Egorova is a top ballerina whose serious injury ended her career and forced her into a spy career that made her cross paths with a CIA officer whom she falls for.

Here was how Francis introduced the footage: “We are still in production. We’ve got about a week left. We’ve been shooting in Budapest, Bratislava, Vienna and now in London. I’ve put together about an 18-minute footage for you to … give you a taste of the world, characters, narrative and tone of the film.

“We have a fantastic cast—Joel Edgerton, Matthias Schoenaerts, Jeremy Irons, Charlotte Rampling and, of course, Jenny Lawrence. This is now my fourth film with Jennifer. The big thrill for me is that it’s the first movie outside ‘The Hunger Games’ that she and I have collaborated on.

“So, to see her transform in a brave way and truly push herself into a new territory has been one of the most exciting things about this project.”

After the footage screening, which was received with cheers and applause, Francis revealed their final location sites: “We shot at Heathrow for two days. I was surprised that they let us shoot at Heathrow (terminal 2). In a post 9/11 world, I thought we would have to cheat and shoot at a convention center somewhere.

“We worked with people who know when the big flights are coming in and out. Now, we’re shooting at a hotel for our last five days here.” 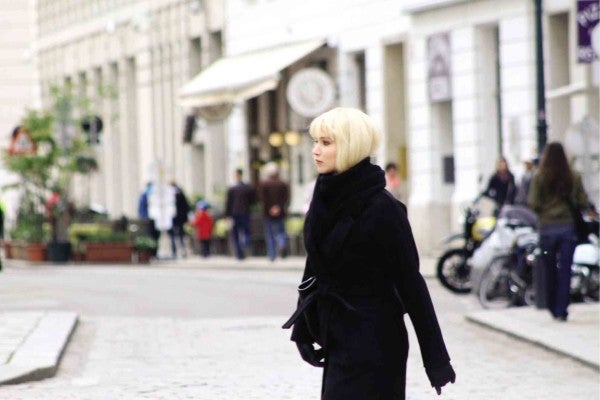 The film will be released in March next year. Excerpts from our interview:

How and why did you take on this movie? I got it from the studio. The studio sent me the book, and I loved the story. I was attracted to the story of the character, specifically, Dominika, the part that Jennifer’s playing. I’m attracted to the journeys of isolated characters.

I thought Dominika was a really unique character. I find the spy genre very interesting. And what’s interesting to me about this is that it doesn’t seem to fall into a category that’s too polarizing, the kind of John le Carré political genre or “gadgety” Bond or “Mission Impossible.” It’s somewhere in between.

Why do you see Jennifer as Red Sparrow? As I read the book, I pictured Jennifer in the role. Actually, before we even started working on the script, while we were in post for “Mockingjay,” I was already talking to her about the character and picking her brain to see if she would be interested.

I’ve also found that she feels and looks Russian. So I thought she’d be believable.

What training did you make Jennifer go through to prepare for her role as a ballet dancer? She trained between three and six hours a day with dancers, dietitians and workout coaches to limber up her joints. We had a fantastic team of trainers from New York and Justin Peck, who’s with the New York City Ballet.

We also have a dance double for Jen because even with her three months’ training, it would be arrogant to think that anybody with no dance training could dance like a prima ballerina at the Bolshoi.

How has Jennifer evolved as a person since the first time you worked with her? I met Jen when she was 20 or something. Obviously, her life has changed immensely over the course of the movies that I did with her. She’s much more of a woman now than she was. Her life has changed in that sense.

In terms of being an actress, she’s always been very intuitive. She’s not big on rehearsals. She will talk a little about things but really takes my guidance in terms of where we are in the story, what’s happening in the script and what the relationships are.

But she really waits for the moment and has always remained that way.

The story couldn’t come out in a more appropriate time, given the US-Russia relations these days. That line about the Cold War not really ending just becomes much more relevant.

That was an idea in the story that we questioned when we began this [two years ago] because it just didn’t seem as timely.

Speaking of being relevant, Matthias looks like Putin in the footage. It’s amazing because, in real life, he really does not. He’s like a teenager with his mussy hair. In this movie, with the way we shaped his hair and clothing, it’s uncanny how much he looks like Putin.

What makes a thriller work is the unpredictability factor. How did you navigate that to keep the audience in suspense? A big element of this movie is trying to keep up with Dominika, specifically. She’s a very complicated character with very complicated motivations.

Talk about casting the impressive international cast. Who did you cast next after Jennifer? There’s a young woman (Sasha Frolova) who plays a character named Anya, who’s in Sparrow School. She was the second person cast.

In terms of the major cast, Joel Edgerton was the second person after Jen was involved. He’s one of the greatest male actors right now.

There’s a lot of sexuality based on the footage. That’s a new territory for you. It’s important to be as blunt and upfront as possible. So, I was clear with everybody involved from the beginning—what was going to be needed, what the scenes were going to be like.

Because then, once you’re there and on the day, everybody knows what’s expected. There are no questions, no surprises—and you just do it.

Read Next
Sine Kabataan taps young filmmakers
EDITORS' PICK
Duterte vouches for Galvez: Why focus on alleged corruption in vaccine pricing?
New Year, New Rediscoveries
Experience clearer calls nationwide with Smart VoLTE
Vaccine nationalism puts world on brink of ‘catastrophic moral failure’ – WHO chief
Driving can be even more rewarding this New Year — here’s why
Norway advises caution in use of Pfizer vaccine for the most frail
MOST READ
Duterte to firms: No franchise until you settle your accounts with gov’t
7 copassengers of UK variant patient can’t be traced
3 things Leni can learn from Biden’s victory
#DefendUP trends after DND scraps agreement with UP
Don't miss out on the latest news and information.