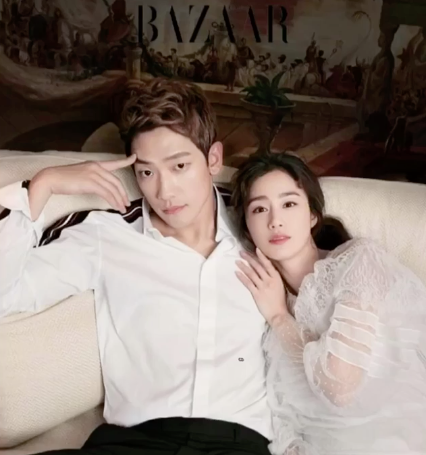 Kim Tae-hee and Rain are expecting their first child.

“Kim Tae-hee is currently 15 weeks pregnant. She needs to take care of herself. We believed that it’s the right thing to let the fans who have been supporting the couple know first,” said Kim’s agency, Ruach Entertainment. “She will focus on prenatal care and prepare to become a mother.”

On Jan. 19, Kim and Rain got married in a small, private ceremony after dating for five years.

Rain recently finished his Japan fan meetup tour “The Confession” in Tokyo on May 5. During the tour, he visited three cities in Japan to celebrate the 15th anniversary of his debut. He is preparing to return with the upcoming film tentatively titled “Uhm Bok-dong.”

As of February this year, Kim was reportedly preparing to return to the small screen with a new TV drama or movie.