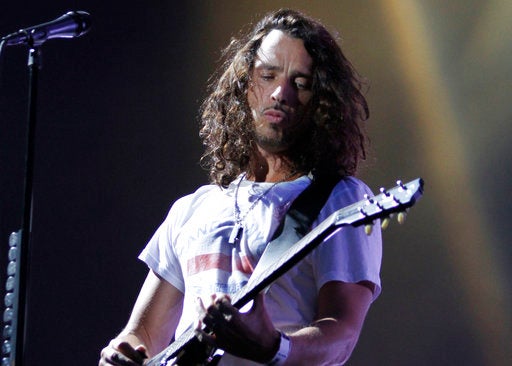 In this Sunday, Aug. 8, 2010, file photo, musician Chris Cornell of Soundgarden performs during the Lollapalooza music festival in Grant Park in Chicago. According to his representative, rocker Chris Cornell, who gained fame as the lead singer of Soundgarden and later Audioslave, has died Wednesday night in Detroit at age 52. AP FILE PHOTO

Rocker Chris Cornell, who gained fame as the lead singer of the bands Soundgarden and later Audioslave, has died at age 52, according to his representative.

Cornell, who had been on tour, died Wednesday night in Detroit, Brian Bumbery said in a statement to The Associated Press.

Bumbery called the death “sudden and unexpected” and said his wife and family were shocked by it. The statement said the family would be working closely with the medical examiner to determine the cause and asked for privacy.

In addition, Cornell became involved in philanthropy and started the Chris and Vicky Cornell Foundation to support children facing challenges, including homelessness, poverty, abuse and neglect.