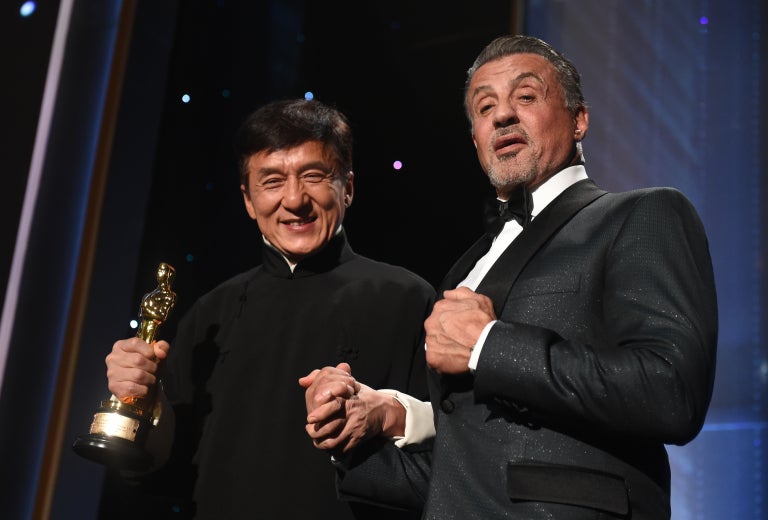 For the first time in their careers, Jackie Chan and Sylvester Stallone are partnering for the upcoming action movie “Ex-Baghdad”, likely to be directed by Scott Waugh of “Need for Speed” and “Act of Valor”.

Two elite security professionals end up rescuing an oil refinery’s worth of workers from a Chinese plant in Iraq, while finding a way to stop attacking forces from plundering its reserves of black gold.

In “Ex-Baghdad”, Jackie Chan is to play a private security contractor with Sylvester Stallone, a former United States marine, according to Deadline, which broke the story.

Both actors are legends of the action genre, with Chan embodying an action-comedy style and being well-known for “Rush Hour”, “Shanghai Knights” and the “Kung Fu Panda” franchises, in addition to hits like “The Young Master”, “Project A”, “Rumble in the Bronx”, “First Strike”, and the “Police Story” and “Armor of God” film series.

Sylvester Stallone has enjoyed huge success with iconic action roles in “Rocky”, “Rambo” and “The Expendables”, many of which he also shared writing and directorial credits.