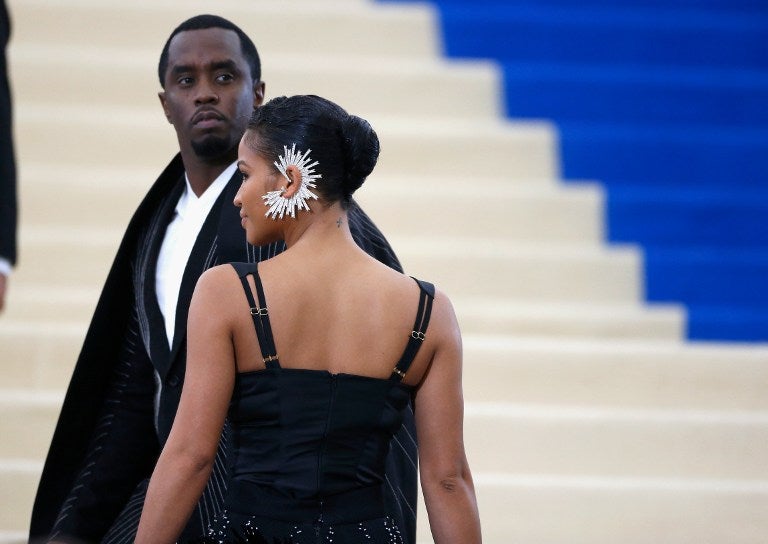 LOS ANGELES, United States — Rap mogul Diddy has been sued by a personal chef who says she worked long hours without extra pay and was made uneasy by serving meals after sex parties.

Cindy Rueda sought an unspecified amount in damages for allegations — denied by Diddy — that include sexual harassment and failure to pay overtime wages.

Rueda said she sometimes worked from 9 am to 2 am as she cooked at the Los Angeles home of Diddy, whose real name is Sean Combs and was formerly known as Puff Daddy.

The lawsuit filed Monday in a Los Angeles court said the rapper would ask Rueda “to prepare and serve entrees and appetizers to him and his guests while Mr. Combs and his guests were engaged in or immediately following sexual activity.”

The lawsuit said she at least once “was summoned by Mr. Combs to serve him a post-coital meal” in which he made suggestive remarks.

On at least one other occasion, she said a naked male visitor entered the kitchen as she cooked and asked her “to look at and admire his genitals after he had engaged in sexual activity with another house guest.”

A representative for Diddy dismissed the accusations, saying: “This is a frivolous lawsuit by a disgruntled ex-employee who was fired for cause.”

Rueda said she was fired last year after being accused of theft. She said she had taken a watch which Diddy’s housekeeper said was found in the garbage and that she was given a chance to keep it if she renounced her complaints.

Rueda said she earned $150 a day even if she worked late or traveled with Diddy. She said she was offered a full-time job in June 2015 but declined due to “unreasonable hours and pay.”

After a string of successful albums starting in the 1990s, Diddy has become a successful entrepreneur in fashion and beverages, with Forbes magazine putting the 47-year-old’s net worth at $750 million.

In 2003, he ordered better conditions for workers in Honduras after activists found sweatshop conditions in the production of his Sean John clothing line. CBB

Read Next
WATCH: No CGI as Harry Styles flies in music video ‘Sign of the Times’
EDITORS' PICK
Unleash the photographer in you this World Photography Day with vivo smartphones
Look Through: The fate of impounded stray dogs
Metro Manila’s COVID-19 cases on downward trend, but surge not over — OCTA
Palace warns sugar hoarders after raid on Pampanga warehouse
House energy committee chair Arroyo bats for cheap electricity
What to watch out for when selecting a video surveillance solution
MOST READ
WATCH: Rick Astley re-creates ‘Never Gonna Give You Up’ music video 35 years later
Man abducted in Batangas gasoline station, found dead in Quezon
DOJ indicts bank officer in $2.1 billion Wirecard fiasco
PNP bars US legislators’ visit to De Lima due to lack of authority from court
Don't miss out on the latest news and information.