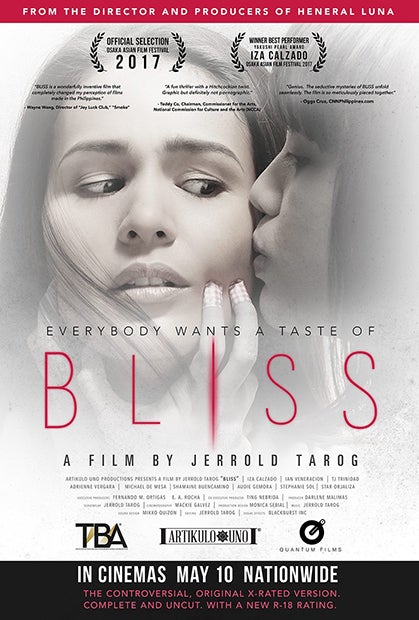 The controversial R-18 movie “Bliss” will be on screens nationwide May 10, following an initial X rating.

The MTRCB’s original decision was due to scenes that contained sex, nudity, profanity and violence.

After an appeal, the regulatory board lowered it to an R-18, unanimously and without any scenes deleted.

Iza Calzado topbills the movie as Jane Ciego, an actress who lands a role in a film that is different from the mainstream movies she has grown tired of. After becoming crippled due to an on-set accident, she stays at home to recover, attended to by her jobless husband (TJ Trindidad) and a nurse (Adrienne Vergara). From here, her sanity comes into question as she tries to escape from the same scenario she keeps waking up to.

However, the film intends to offer more than its scandalous rating, and tackles how an environment of abuse can lead to “broken dreams,” according to director Jerrold Tarrog in a Cebu Daily News interview. He also admitted that he had Anne Curtis in mind for the film. 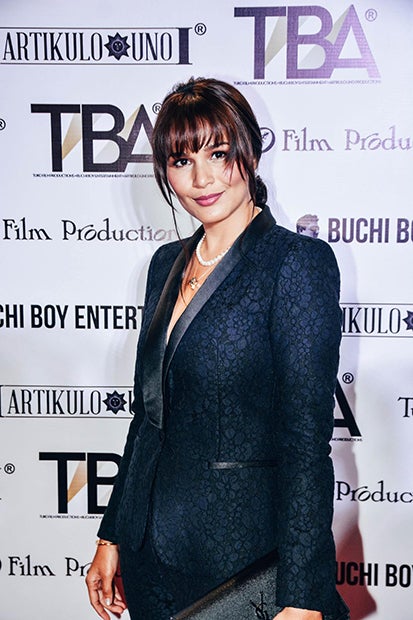 “Bliss” has been screened in international film festivals, from which it has received critical acclaim. For her performance, Calzado recently won the Yakushi Pearl best performer award in this year’s Osaka Asian Film Festival.