Gary V: I want to give an experience, not just a show | Inquirer Entertainment
Close
menu
search

Gary V: I want to give an experience, not just a show

Gary Valenciano could only imagine the immense pressure on his children, Paolo, Gab and Kiana, to pursue a career in the very same industry that reveres him as one of its icons.

The comparisons are inevitable; the expectations at times unreasonably high.

“Paolo and Gab had it tough, especially when they were younger, because some people used to compare them not only to me, but to each other. So I tell them—and, now, Kiana—that I never expect them to move, sing or like the same type of music as I do,” he said during his recent visit to the Inquirer head office in Makati City.

“They need not follow my footprints: They can create their own. But I want them to remember that mine will be right beside theirs, always,” added the singer-songwriter, who has been in the business for more than 34 years.

These days, Gary, Paolo, Gab and Kiana get to enjoy a relationship that goes beyond the father-child dynamic—they’re professional colleagues, too: Gary performs in Gab’s viral dance videos; he sings and writes songs with Kiana; and, now, almost all his concerts are directed by Paolo, like the coming restaging of “Gary V Presents…” series.

The concerts—to be held on May 12, 13, 19 and 20, at The Theatre at Solaire (call 8919999) —also features Kiana, and nine other music acts whom Gary treats just like his own: Carla Guevara-Laforteza, Janice Javier, Jimmy Marquez, Bullet Dumas, Katrina Velarde, Mitoy Yonting, Allan Silonga, Timmy Pavino and RJ dela Fuente. 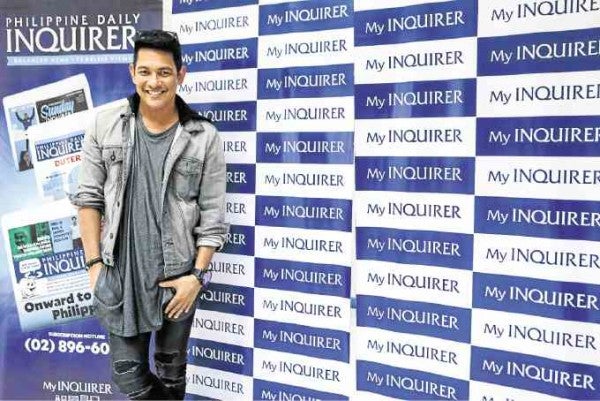 Excerpts from the Inquirer interview with Gary:

It seems that your children represent your different facets as an artist. Yes. Paolo listens to a lot of indie music and is very much into how a song reflects the soul. Aside from being a musician, he’s also a director.

Kiana, on the other hand, is more into fashion blogging, which is incorporated into her music.

Does Kiana feel like she’s living under your shadow? In the beginning, it was very difficult for her. Now she just embraces it.

Do you keep it honest when appraising your children’s work? If I don’t like something, I tell them. If, for instance, there’s too much going on in Gab’s dance routine—because he’s free to put his own spin on them—I tell him to take it out.

What’s your advice to your kids? I tell them that they have a responsibility to their audience; that they also have to be mindful about what they say and how they say it.

What do you think has been the biggest change in how music is presented since your heyday in the ’80s? It was very different back then; I was limited to what I heard on the radio. But young people these days can access anything anytime and anywhere. They can simply go online and see all these artists who have their own flavor.

Are you intimidated by technology? How do you adapt to it? These days, it’s no longer just about the song itself, but also about how it’s packaged—the visuals, its backstory.

You have to present it in a way that would catch and hold people’s attention, before they move onto something else.

I was around when vinyl was still quite popular. Then came the cassette, CD—I saw them come and go. Now I go online.

There are new ways to put music out now, and we will be experimenting with them. I’m not intimidated by new technology, but I’m worried about alienating fans who want to stick with the old [media]. 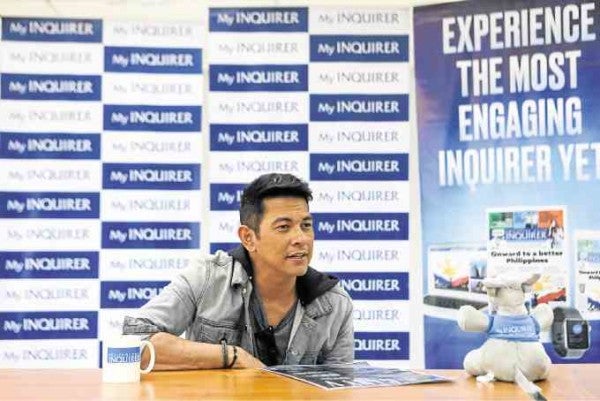 Because albums don’t sell as much anymore, do you feel pressured to do more shows? It does pressure me to do more shows. But I’m at a point where I always gauge how much of the same stuff I could still give the people. Now, I always think of something different to offer, of giving an experience and not merely a show.

Is it tough having to reinvent your music constantly? It helps that I write my own songs, because I could break them down, reimagine them, and make them sound new. I have, for example, a version of “’Di Bale na Lang” that’s acoustic and vocally heavy, which is apt for an intimate setting.

Do you think you would be able to sustain your popularity if you weren’t a songwriter? I don’t think I would have left an indelible imprint if the songs weren’t mine. I wrote an average of six songs per album, and I kept at it even if they didn’t all end up being hits.

In “Gary V Presents,” the spotlight is on your guests, not you. If people want to see more of me, there would be other times in the future. They’re the stars here. I want to give these artists an opportunity to come out on a big stage, where things are produced at a level that I believe they deserve.

What’s the repertoire like? Will it be different from the show’s past staging? The repertoire is mostly my songs, but I will adjust to the style of the artists I’m singing with, so they get a chance to shine in their own way.

How are the guests chosen? Paolo is a musician, too, so he knows what people are talking about, who are doing well. Same with Kiana, who updates me on new local artists.

Have you always been interested in mentoring new talents? It’s a dream, and I had been wanting to do so even before I became a judge-mentor in “X Factor.” You see a lot of talents at grassroots level that make you go, “Wow, I have never heard a voice like this!”

That’s inspiring, especially if they’re songwriters, too. It’s true that we have some of the best singers and songwriters. Just give them a break.

I can’t promise them the stars, but I can give them a platform to jump off from.

Up to what extent are you willing to mentor these talents? If they want to ask anything, or just talk and vent, they can always come to me—and I will listen.