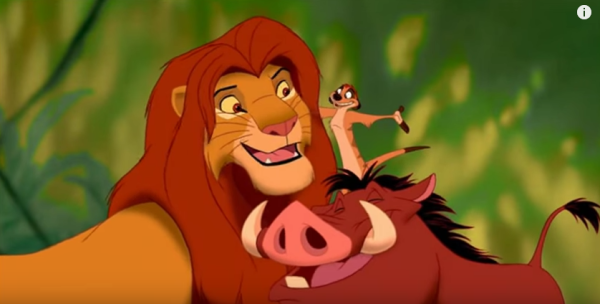 “The Lion King” director Jon Favreau has found “Hakuna Matata” (solution) with his choices to voice Timon and Pumbaa.

Comedians Seth Rogen and Billy Eichner are currently in talks to voice the amiable meerkat-warthog duo in the Disney movie reboot, according to The Hollywood Reporter.

Rogen and Eichner could join Donald Glover, who will voice the lead character of Simba, and James Earl Jones, who will reprise his role of Mufasa from the original 1994 animated film. If rumors prove to be true, pop star Beyonce would lend her voice as Nala, Simba’s love interest.

The original voices behind Timon and Pumbaa were Nathan Lane and Ernie Sabella, respectively.

“The Lion King” revolves around the tempestuous and challenging life of Simba, an orphaned lion who lived as a vagabond after his father, King Mufasa, was killed by his wicked Uncle Scar. Timon and Pumba would eventually rescue him and befriend him throughout his life until he reclaims his kingship at the Pride Lands.

Commended as one of Disney’s cream of the crop, “The Lion King” harvested $968.8 million (P46 billion) in global earnings.

“The Lion King” will screen in theaters on July 19, 2019. The film is part of the entertainment giant’s renaissance of classic movies. “Aladdin,” “Mulan,” “101 Dalmatians,” “Snow White and the Seven Dwarfs” will be reeled into live-action films.  Gianna Francesca Catolico