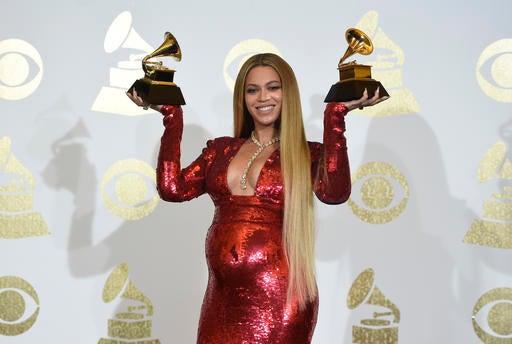 Beyoncé poses in the press room with the awards for best music video for “Formation” and best urban contemporary album for “Lemonade” at the 59th annual Grammy Awards at the Staples Center on Sunday, Feb. 12, 2017, in Los Angeles. (Photo by Chris Pizzello/Invision/AP)

Beyonce could be set to take on a new acting job, with a role in Disney’s upcoming reboot of “The Lion King.”

The singer is allegedly being lined up to voice the character of Nala in the live-action remake, Variety reports, although she has yet to make an official decision.

If Beyonce does accept the part, she will be sharing credits with Donald Glover, who has been confirmed as the voice of the main character, Simba, and James Earl Jones, who will provide the voice of Mufasa. Jon Favreau will direct.