Dan Stevens open to star in ‘Beauty and the Beast’ sequel 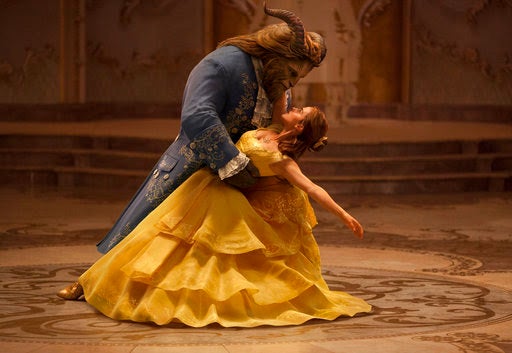 This image released by Disney shows Dan Stevens as The Beast, left, and Emma Watson as Belle in a live-action adaptation of the animated classic “Beauty and the Beast.” (Disney via AP)

Disney’s “Beauty and the Beast” skyrocketed into one of the highest-grossing films this year and it’s not out of the question if the “tale as old as time” would develop its own sequel. Given this gargantuan box-office tenure, Dan Stevens is more than ready to reprise his role as the Beast.

Speaking to Variety on Saturday, the actor said he was open to starring in “Beauty and the Beast 2” with Emma Watson, but found the possibility odd at this moment. “That’s not a question for me. I’m not sure what turn that would take. I’m open to offers. It would seem odd for me to hear about it but never say never,” he said.

When asked whether he preferred to reprise the human or the creature version of the Beast, Stevens replied, “I’d kind of like to bring the Beast back.”

Amid the success of the film, Stevens, 34, mentioned that he immediately went back to work and explained that his life hadn’t changed a bit. “I don’t know. It just came out. I started production on another film. It doesn’t like it’s changed a huge amount,” he ended.

Stevens currently topbills the romantic flick “Permission,” which he co-stars with Rebecca Hall. It premiered at the Tribeca Film Festival in New York.

‘Beauty and the Beast’ dances off with top box-office spot

‘Beauty and the Beast’ aims to enchant a new generation