Michelle Pfeiffer back after making herself ‘unhirable’ 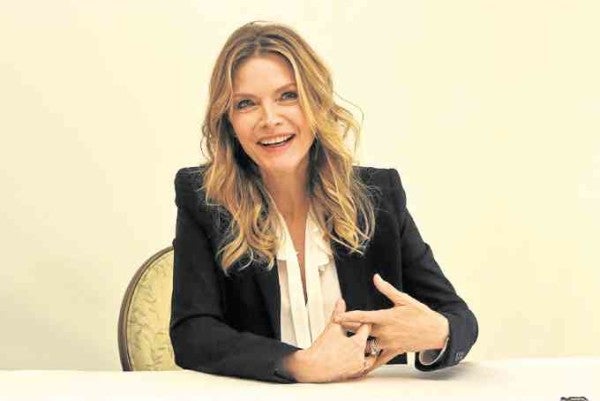 LOS ANGELES—Michelle Pfeiffer, who said she once made it difficult for people to cast her after she “disappeared” for several years, is back with a vengeance with projects.

One of the finest actresses of her generation, the Golden Globe winner stars in HBO’s TV movie, “The Wizard of Lies,” “Where is Kyra?,” “Mother!” and “Murder on the Orient Express.”

Looking slim and lovely in a black pantsuit and a white blouse, Michelle has decided to be active in her career again, now that her children are all grown-up.

She and acclaimed writer/producer David E. Kelley (whom she married in 1993) have an adopted daughter, Claudia Rose (born in 1993), and a biological son, John Henry (born in 1994).

In “The Wizard of Lies,” based on Diana Henriques’ book about the true-to-life story of Bernie Madoff (Robert De Niro), who was responsible for one of the largest Ponzi schemes in US history, Michelle plays his wife, Ruth Madoff.

Last February, we visited Michelle and her castmates on the set of Kenneth Branagh’s “Murder on the Orient Express” remake outside London. 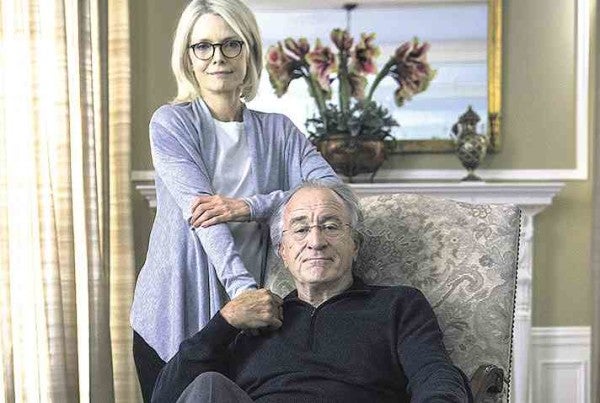 Excerpts from our chat with the actress, who turns 59 on April 29:

Why did you decide to be inactive for years? I wasn’t inclined to work during that period because it was just too challenging for me when the kids were younger.

And I had made it so difficult for people to hire me (laughs). I will only work here and for this long.

What does acting give you now that it didn’t when you started out? I enjoy acting more. I have less angst about it. It’s strange—in some ways, I have become more relaxed.

You work with Al Pacino and Robert De Niro and married David, one of the most talented screenwriters in America. What did you do right? I followed my heart in both instances. When I started acting, I had no idea whether I would be successful.

With my husband, I was mature enough. I was 34 when I met him, and I was ready.

It’s wonderful for a show biz couple to be married for many years. What’s your secret? First, I chose well. If you choose well, you will continue to respect each other. We have always made time for each other.

Also, maybe because our daughter came into our lives two months into our relationship, so I always felt like we had this aborted honeymoon period. We got stuck in the honeymoon period and that’s lucky for us, I guess.

Do you and David deliberately keep your careers separate? I do. I am a bit superstitious about that. I’ve seen a lot of couples split up right after working together.

Now that your children are all grown-up, what are they doing that make you proud? I’m just proud that they are empathetic and thoughtful young adults. They’re decent people.

My daughter is starting a Ph.D. program in the fall. My son is graduating from college this year.

How familiar were you with Bernie Madoff and his Ponzi scheme? Prior to taking this role, I wasn’t that familiar with the story. I remember it being in the news, but it wasn’t something that I followed closely.

Did you seek Ruth Madoff out? She had been so villainized. So I did seek her out, and I did spend a little time with her. She was lovely.

I hope that this will shed a new light on her because a lot of people have assumptions about her that aren’t true.

Can you talk about working with Robert De Niro? It’s always exciting working with people whom you have admired and have inspired you.

I have been in three movies with Bob now. But I have only actually acted with him twice (laughs). They elevate your game, and you feel the need to rise to the occasion.

How do you think you would have reacted if your husband had done what Bernie Madoff did? Would you have been as loyal as Ruth Madoff was? It’s hard to say because the circumstances are so different. I forgot the exact age, but Ruth was very young when she fell in love with Bernie. He was her first and only love.

When you have that kind of love, it’s like when you are the parent of a child who commits a horrible crime. Do you stop loving that child? No.

How good are you with money, handling your finances? Hmm no … not really (laughs). I have people who do that for me.

What do you like to do when you aren’t working? I paint when I’m not working. Painting gives me a kind of calm. It’s an escape.

Do you sell your paintings? Have you gotten better at painting? I don’t sell them. I don’t even show them (laughs). I continue to get better incrementally.

Do you collect your costumes, like your Catwoman suit? I did not keep a Catwoman suit. I really regret it … it would have been a good auction item for some charity.

Are you a good traveler? I am actually not a great traveler.

It’s impressive that you can fit your wardrobe for two weeks in a carryon. How do you do it? You wouldn’t want to lift my suitcase because my clothes are all vacuum-packed (laughs). I am a clever packer. I use every inch of the suitcase.

But I will tell you the secret. Instead of folding clothes, you lay every piece as flat as you can get it. That way, it also doesn’t get wrinkled.

Can you talk about the status of women in Hollywood. It’s looking better than ever … the work that women are doing on TV is just exploding and so exciting.

If you are an actress of a certain age, television is really the place to work now. That is where all of the great parts are being written.

How do you keep yourself fit and looking great? It’s what I eat—just clean, organic, nonprocessed food. Exercise is pretty critical. I do a little of everything—running, yoga and Pilates.