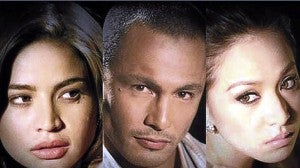 “NO OTHER WOMAN. Modish and trendy repackaging.

In just one year, local box-office records have been tumbling like a row of dominoes. First, “No Other Woman” set a new gold standard at the tills to the tune of some P280 million. Then, “Praybeyt Benjamin” eased it out of its top spot, which it had hardly settled into, by grossing some P320 million (and counting). – What’s going on here?

Since other local movies aren’t hitting it all that big with viewers, with some established stars’ new vehicles even ignominiously flopping and flapping like beached fish, we can’t conclude that a few mega-hits mean that the local movie industry is back on easy street.

No, it’s more likely that those two “monster” hits are the prosperous exceptions to the still desultory rule. So, they have to be viewed on their own terms, and other filmmakers who want to make the gazillions they need to buy yachts and private jets should study them to figure out what unique elements made them click with viewers – bigtime:

“No Other Woman” was avidly received and viewed because it was sexy, featured “delicious-looking” stars, gave them sassy, “quotable” dialogue to deliver, surrounded them with “eye candy” like a high-flying, “yuppie-forever” lifestyle and exclusive beach resorts and such.

And, most to the point, the movie subtly favored a rather riskily amoral view of life, love and relationships by siding most of the time with its “mistress” character instead of “the wife,” and vivifying her passionately tormented point of view.

To be sure, the movie ended up on the side of the angels (and the missus), piously proclaiming that resolutely loyal and married love was still the Holy Grail for men and women alike, despite the male of the human species’ notoriously wandering eyes and disloyal loins – and the flirting female’s increasing desire to be as footloose and scruples-free as her guy.

Seen this way, the film’s enormous success at the box office was due to its modish and trendy repackaging of some of the movies’ traditionally strong suits, like exciting but “acceptable” sexiness, glamorous escapism, and that most reliable and overworked totem of cinematic storytelling, the Love Triangle! 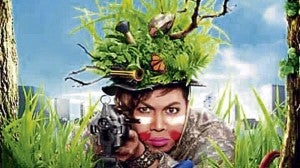 On the other hand, “Praybeyt Benjamin” can be seen to be breaking even newer ground, because its protagonist is not only floridly gay, he’s also assertively and even radically so, in terms of the “gender equality” message that he and his movie so passionately articulate.

The fact that many “straight” viewers patronized the film – and presumably enjoyed the experience – makes its achievement all the more noteworthy, especially in this country, where gays are still looked down on by some (many?) people.

Other gay performers have also starred in hit productions, but none of them have scored as big and high as Vice Ganda. What makes him uniquely appealing and potentially influential as a changer of societal views and norms, is his daily exposure on the popular noontime talent tilt, “Showtime.”

On that program, he’s made his reputation as a sassy ad-libber who tells it like it is, and his blunt but witty put-downs have started a trend for straight-talking (which, quite ironically has been initiated by a florid gay!) that has delighted viewers – and made their day!