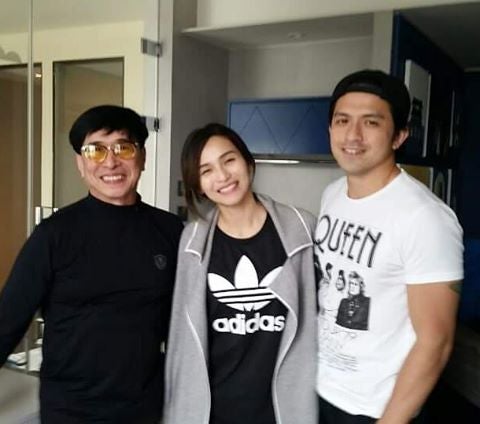 Kapuso actress and sexy star Jennylyn Mercado has been reunited with her biological father in Korea. A photo of this joyful occasion has been circulating in social media, including Instagram and Mercado’s official Facebook page. 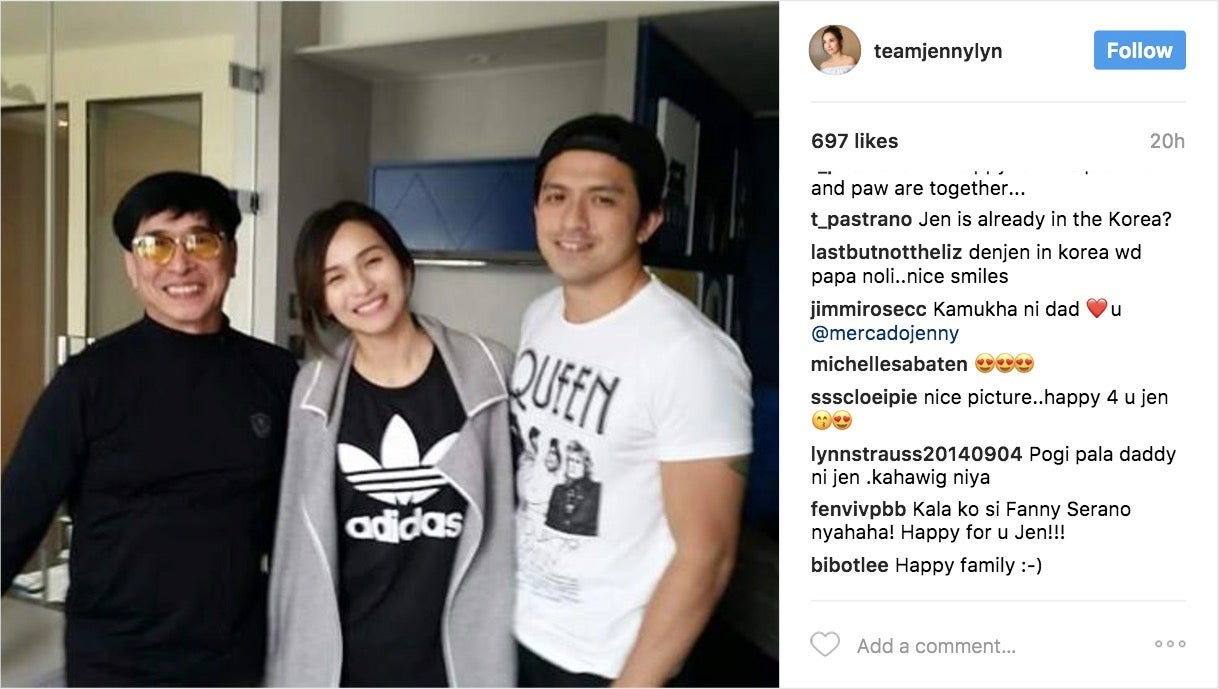 The photo shows Jennylyn flanked by her father Noli Pineda and actor Dennis Trillo. Fans proceeded to congratulate her on the reunion.

Comments range from warm to humorous. One fan commented about Mercado’s resemblance to her father Noli, while another noticed that her father resembled celebrity hairstylist and makeup artist Fanny Serrano.

Mercado’s father is based in South Korea, but will reportedly return to the Philippines to be with her daughter, as per Jennylynnation.net.

Mercado has previously admitted to being a survivor of physical abuse as a child, allegedly at the hands of her stepfather. An aunt took her away from her troubled home to raise her.

The actress is much-loved by her fans for rising to stardom amidst numerous personal troubles, including having to raise a child as a single parent. Mercado has a son with former boyfriend, actor Patrick Garcia. JB