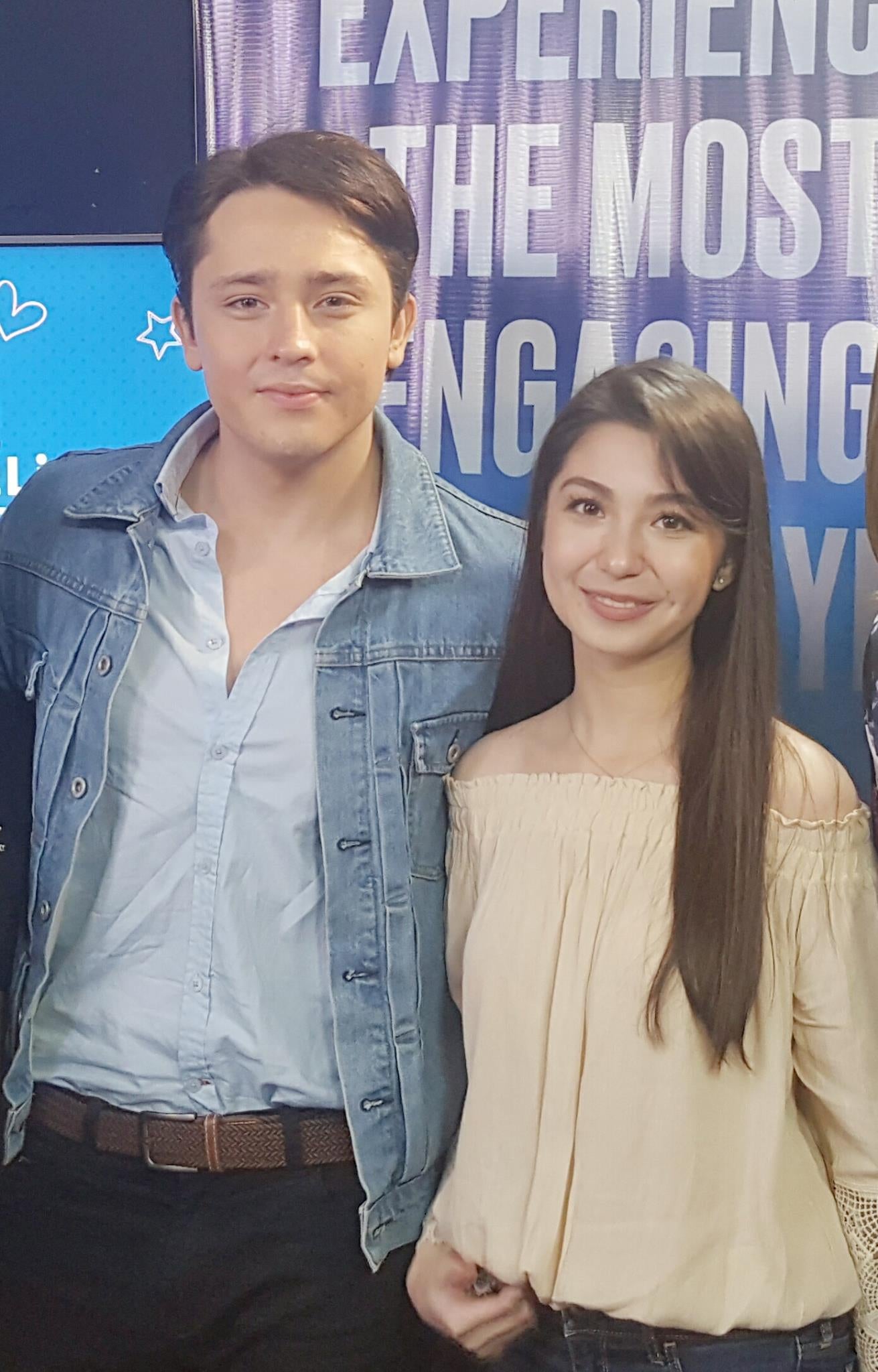 Their closeness may not be public knowledge but YouTube sensation Donnalyn Bartolome and former Pinoy Big Brother Teen Clash housemate Bret Jackson are cool buddies, meaning they’re in a love-hate relationship, much to their liking.

In their March 22 guesting on Inquirer’s ShowbizLive, the two unabashedly showed their undeniable chemistry just as Jackson described their friendship.

“We’re like a dog and a cat—we’re fighting all the time. And then everyone will just look at us and say, you guys like each other?” he said as he teased Bartolome.

Jackson turned serious when he described what he liked most about the “Happy Break-up” singer. “Donnalyn is like the funniest person to hang out with on the set,” he said.

He said that if he teased her all the time, it was for their mutual fun. But if anyone messes with her, he would have to answer to him, he added. “I make fun of Donnalyn all the time but if someone messes with Donnalyn, I’d have to [stand up for her], you know.”

Any chance for a romantic relationship?

Because of their closeness, some think that something might be brewing up between them. Both Viva talents do not dismiss the possibility of a romantic relationship forming, but as of now, it is not a certainty.

He said that while she has many qualities a guy would fall for, love is not in the mix for him right now.

“Donnalyn is beautiful and smart, she can write songs and all those beautiful qualities and stuff but I’m not in a place to be in a relationship right now,” he said.

He even joked that the pop singer would be much irritated to have him around all the time if a relationship ensues. “I feel bad for Donnalyn because I’m really bad to be around.”

While most love teams display “kilig” moments together, Bartolome and Jackson are the opposite.

“We’re always mad at each other,” the 22-year-old “Kakaibabe” singer described how they usually are when they’re together.

But their “madness” toward each other is actually a sign of genuineness.

Their being paired with each other is not tantamount to being a love team but, more aptly, a “mad team.”

As a “mad team,” they call each other BreNa and DonEt (a pun of their names). /ra