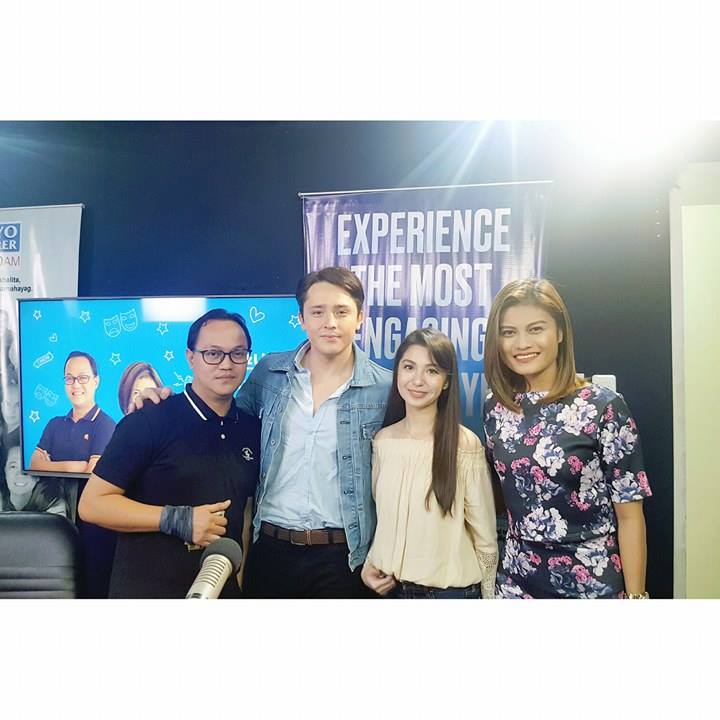 YouTube sensation Donnalyn Bartolome recently shared details about her hit, LSS-inducing song “Happy Break Up” and its spin-off movie with the same title.

The song, which caught most listeners by surprise with its message, has gotten into everyone’s system with its catchy lyrics and positive outlook, even in the midst of a break up.

In her March 22 guesting on Inquirer ShowbizLive with former Pinoy Big Brother Teen Clash housemate, Bret Jackson, the Viva sweetheart shared how she came up with her good vibes song.

(While I was in the car and listening to the radio, I realized that the songs [being played] were very depressing. All break-up songs are depressing. I wanted to release a song that would make people happy.)

Since a break-up is generally a painful experience, the 22-year-old pop singer said that she wanted to come up with a song that could comfort people in such a  situation.

(People who just broke up are already very sad, some might even feel suicidal, and they’ll all the more be sad if you give them sad songs. So I thought, why don’t I do something to address this?)

However, the singer is quick in saying that her inspiration for the song did not come from her own experiences; rather, she was inspired by friends, and testimonies of people who went through break ups.

Her movie, also titled “Happy Break Up”, is now up on YouTube.

Bartolome and Jackson are part of Viva Artists Agency.