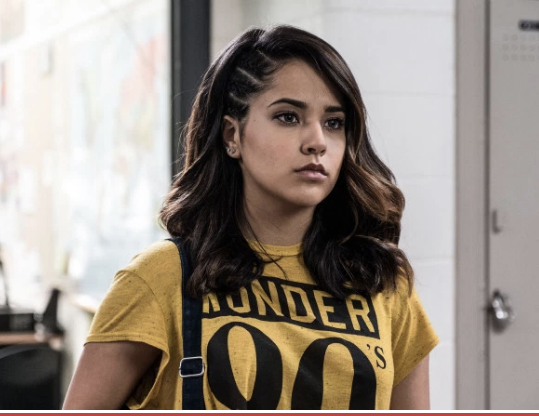 Aside from coping up with her newfound powers, Yellow Ranger Trini (played by Becky G) will come to terms with her sexuality. Image from Lionsgate Productions.

The upcoming Power Rangers reboot—in cinemas on March 23—will surely bring a much needed breath of life to the somehow gloomy franchise.

But aside from its promising plot, the film will also be breaking another barrier for the lesbian, gay, bisexual, transgender and queer (LGBT) community.

According to The Hollywood Reporter, the highly anticipated movie will feature the first ever LGBT superhero.

“For Trini, really she’s questioning a lot about who she is,” he told the news outlet.

“She hasn’t fully figured it out yet. I think what’s great about that scene and what that scene propels for the rest of the movie is, ‘That’s OK.’ The movie is saying, ‘That’s OK,’ and all of the kids have to own who they are and find their tribe.”

Meanwhile, comic book superhero characters have developed plenty of LGBT representations through out the years, but this will be the first time it will be depicted on film.

In the original Power Rangers TV series in 1990, the Yellow Ranger (played by Thuy Trang) was depicted as straight. Khristian Ibarrola/JB