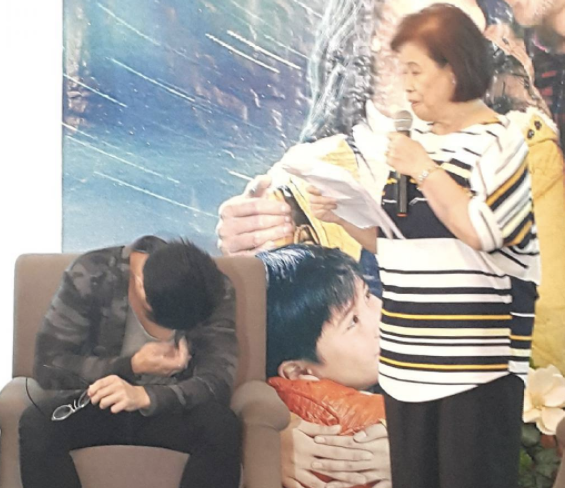 Film producer Lily Monteverde is happy that the ultimate heartthrob Piolo Pascual has made a comeback into Regal Films via “Nothern Lights: A Journey to Love”.

The Philippines’ one and only Mother Lily is evidently very excited about this reunion project with Pascual.

“Fourteen years ago, Papa P did ‘I think I’m In Love’ with Joyce Jimenez for Regal. And after 14 years, I wished he would do another movie with us. ‘Northern Lights: A Journey to Love’ is an answered prayer. Our common love and passion for the art led him to a new journey back to Mother Lily and Regal,” she said in her opening statement at the press conference today (March 20) of the film.

“From the bottom of my heart, thank you, Papa P!” she added.

Meanwhile, as he shared more about his comeback with Regal, showbiz’s Papa P got emotional.

(I cried because when I was still a child, I used to watch Regal Films’ movies. So when Ms. Roselle Monteverde called me to say Mother Lily wants to talk to me, and she [Mother Lily] said that she was happy [that we were able to make a film again], I said [to the people], “Mother Lily just called me.”)

In her closing statement, the Regal matriarch told the entertainment press that she will always give support to showbiz’s ultimate heartthrob.

“Kahit saan man si Piolo, (Wherever Piolo would be), we will always be around him, including my family and Roselle, from the bottom of my heart,” she said.

Piolo then replied with an equally sweet statement, “Thank you, Mother, love you.”

“Nothern Lights: A Journey To Love” is a co-production of Star Cinema, Regal Films and Spring Films. The movie stars Piolo Pascual, Yen Santos and Raikko Mateo. Directed by Dondon Santos, it will show in cinemas nationwide starting March 29. JB