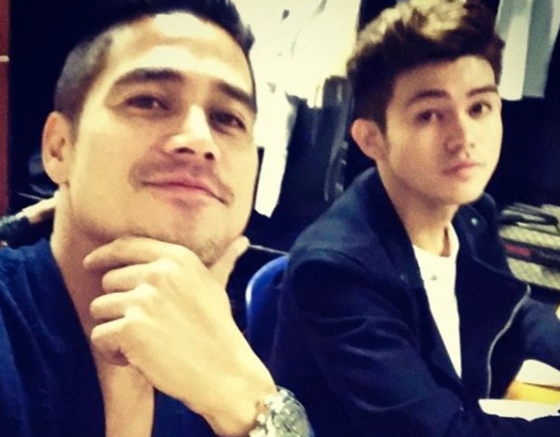 Kapamilya actor Piolo Pascual is once again the subject of steamy headlines, as a video, where he is shown kissing son Iñigo Pascual, went viral.

At the press conference for his latest movie “Northern Lights: A Journey to Love” today, March 20, the ultimate heartthrob unapologetically answered the issues that hounded the video.

He defended himself and his son, saying that what people saw on the video is something not to be ashamed of but rather something to be proud of.

“Up to this moment, I kiss my mom on the lips. Ganu’n kaming magkakapatid. (That’s how I and my siblings are.) It’s nice to be physical with your loved ones. Ganu’n kami pinalaki (We were raised that way.), ” the actor said.

Showbiz’s Papa P also stressed that just like him, Iñigo does not pay attention to malicious intrigues, as his son is likewise innately comfortable expressing his affectionate nature.

As a showbiz figure who’s so used to being the subject of fans’ judgments, some issues in the past have captured his ire, but this time, the award-winning actor is just shrugging it all off.

(It’s a blessing, and to those who bash our video, [all I can say is] it actually feels good [to be physically affectionate with your loved ones]. Why should I be offended by the bashers? I would want to strike back by saying ‘hey, why are you thinking that way?’ [This kind of affection is] actually a blessing.)

“Nothern Lights: A Journey To Love” is a co-production of Star Cinema, Regal Films and Spring Films. The movie stars Piolo Pascual, Yen Santos and Raikko Mateo. Directed by Dondon Santos, it will show in cinemas nationwide starting March 29. JB